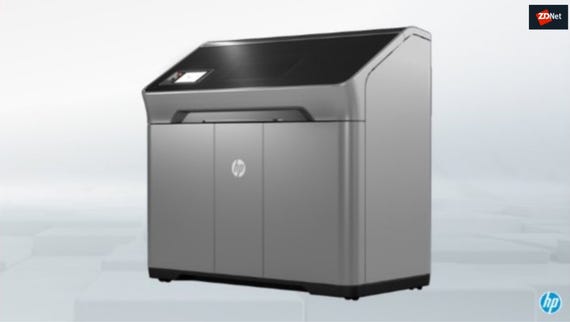 HP said it will use its own Multi Jet Fusion 3D printing technology in its supply chain to lower costs, cut design time and lead times.

And HP's implementation of its own additive manufacturing technology will also serve as a massive case study. HP delivers almost 100 million products annually through its network of factories and manufacturing partners.

HP's program is called Reinventing HP With Multi Jet Fusion is being outlined at the Additive Manufacturing Users Group conference.

Enterprise companies eating their own dog food and highlighting returns to customers is nothing new. What's interesting about HP is that it is deploying additive manufacturing into its already complex supply chain. HP noted the following:

Add it up and HP's primary returns will revolve around design time and millions of dollars saved on tooling expenses.

Join Discussion for: HP aims to use its Multi Jet Fusion additive...