78,500 laptop batteries are to be recalled after eight new reports of battery packs overheating, melting, or charring.
Written by Campbell Kwan on March 13, 2019 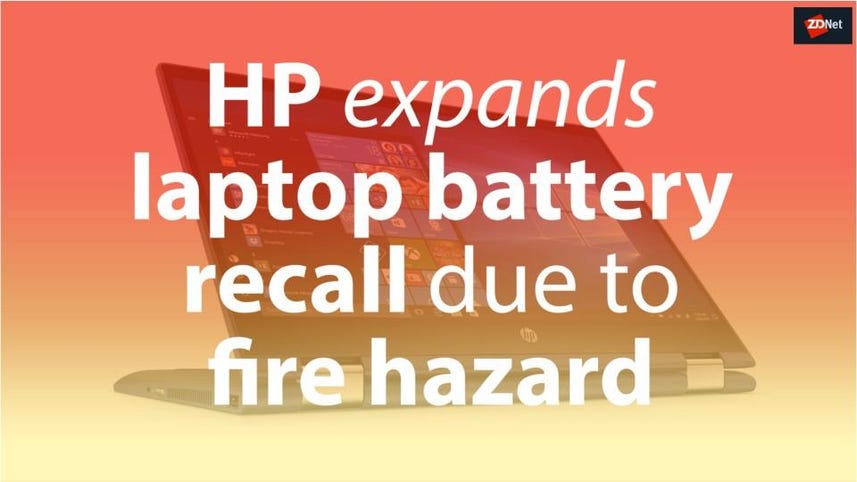 There have been eight new reports of battery packs overheating, melting, or charring following the initial recall in January 2018, including one report of a minor injury and two reports of property damage, the USCPSC said.

The initial recall in January last year saw 50,000 laptops identified as having a battery issue, with the additional 78,500 laptops now being recalled an expansion of that.

According to ZDNet's sister site CNET, the recall expansion of 78,500 laptop batteries occurred in January 2019, but is only now receiving widespread circulation due to the USCPSC not announcing the recall at the time due to the US government shutdown.

Prior to the USCPSC announcement, HP in January 2019 set up a website that explains which laptop batteries are affected.

According to HP, many of these faulty laptop batteries are non-removable, which means they cannot be replaced by the consumer.

Battery replacement services by an authorised technician will be provided at no cost, HP said.

HP expands the footprint of its IT management services to meet the needs of increasingly mobile and remote workforces.

3D printing can reduce labour costs since there are no parts to assemble and has the potential to "smarten" up logistics in markets such as Singapore and China, but it will require businesses to rethink the entire manufacturing process--from design to when products are delivered to customers.

The HP ProBook 445 G6 and HP ProBook 455 G6 are aimed at growing businesses that want business-class features such as enhanced security and increased durability.

The HP ProBook 445 G6 and HP ProBook 455 G6 include up to 1TB of storage and enhanced security settings.

Home & Office
NASA is blazing an inspirational trail. We need to make sure everyone can follow it