As OpenStack celebrates its third birthday , HP remains one of the highest-profile supporters of the infrastructure as a service platform that it expects will be eventually adopted in enterprises, datacenters, and eventually mid-sized and smaller businesses.

And HP is not alone: other tech giants (including IBM , Dell , Rackspace , and even VMware , ostensibly not a fan of the platform) all want a piece of the new open source pie, and have put their people to work on developing on OpenStack.

So what's at the heart of OpenStack's interest for HP? 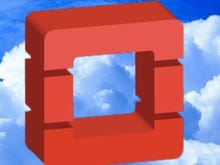 According to Dr Amir Etziony, presales and cloud manager at HP Israel, OpenStack is "the right thing to do" for customers and for the technology.

Speaking at a recent OpenStack event in Israel — a celebration of the platform's third anniversary held at the Israeli offices of Alcatel-Lucent (which is one of the biggest end users of OpenStack in Israel today), Etziony said that while trying to hold back the OpenStack flood (and a flood it will be, very soon, he believes) could work, at least for a while, "the customer and technology would suffer. The more people you have collaborating on a platform, the better the technology will be."

And HP intends to be one of the key players collaborating on OpenStack. "The infrastructure layer is going to be converged," he said. "All its components need to work seamlessly and easily with each other, allowing the application layer to become thinner, easier to deploy, and much more agile. So openness and the ability to choose without lock-in technologies is a key ingredient in the future successful datacenter. That is why investing in a proprietary solution, even being best of breed to date, is not the right choice, looking forward."

HP worldwide has dozens of people working on OpenStack, and Israel is playing an important role in HP's embracing of the platform, Etziony said. As a charter member of HP's International Tech District program, Israeli developers are out in front on a number of important HP future-oriented projects, including OpenStack.

In a recent presentation, HP Software's Israel general manager Raffi Margaliot said that the company was one of the biggest multinationals operating in Israel.

HP has eight major facilities in Israel, most of them due to buyouts of Israeli startups and larger companies — among them Indigo, Scitex, Mercury, and Nur. "Much of HP's software business is actually driven from Israel," Margaliot said, with Israeli units deeply involved in HP's infrastructure, software, services, and other products. "Not only were we responsible for 55 percent of all HP software releases last year, but we are also 'innovation exporters.' Groups from other HP locations around the world come to see what we have done and how we have done it."

HP draws on its relationships with Israeli startups and veteran companies for a number of its internal projects as well, and the program is helping HP evangelise OpenStack among Israeli companies.

Some of those companies were at the OpenStack event as well, with Israel's Radware Data Communications describing how the company is turning load balancing into a service that can be accessed in the cloud, instead of just on its hardware. The Radware project was developed with help from HP, Etziony said.

"We want to take our technology and move it off the hardware we sell and into software and services before the flood," said Radware's director of product management, Samuel Bercovici. "Fewer customers will buy boxes, and the speed at which this tsunami of embracing the cloud and abandoning hardware is surprising even to me."

And there is still plenty of money to be made, even in an open source world, HP's Etziony said: "Red Hat is a $10bn company, offering premium services for a free operating system.

"We might have something better to offer customers than OpenStack, better in terms of its technology, capabilities, etc. But it would actually never be as good and useful as an open source platform that everyone can benefit from and contribute to. That's an important reason why we are behind OpenStack all the way."

Join Discussion for: HP hopes faith in OpenStack rubs off on Israeli...