By Larry Dignan for Between the Lines | January 6, 2016 | Topic: Internet of Things

HTC used to be an Android smartphone superstar, but was crushed by low-cost Chinese manufacturers as well as Apple and Samsung on the high end. Now there are some signs that HTC may be finding a few new product lines that can revive the company. 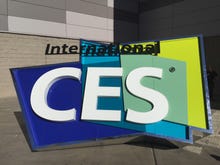 CES is a showcase for the tech trends that will shape the year ahead. Since consumer tech now has a big influence on businesses, we put the spotlight on the most important CES trends for companies to watch.

The key theme for HTC's emerging strategy revolves around partnerships. At CES 2016, HTC outlined a partnership with Under Armour to offer a suite of health tracking hardware and software dubbed HealthBox. Under Armour brings the applications and recordkeeping and HTC brings the hardware.

Specifically, HTC builds the UA Band, which is basically an updated model of the company's previous health tracker. The difference for this band is that it is built specifically for Under Armour's technology. Under Armour has invested heavily in apps and owns MapMyFitness, MyFitnessPal and Endomondo. These apps roll up into Under Armour's UA Record app.

CNET: Under Armour wants to outfit your connected fitness from head to toe: Living with HealthBox

The Under Armour partnership has parts of HTC's last two business model iterations. HTC used to make electronics for other brands. HTC was a white label designer and did well. Then HTC built a brand of its own as one of the first Android device makers. Today, HTC is manufacturing gear, but the brand is more of an ingredient brand. Under Armour is clearly the lead brand in the UA HealthBox partnership.

Meanwhile, HTC's Vive Pre virtual reality headset is garnering a good bit of buzz even though the hardware remains in the developer only category. In virtual reality (VR), HTC has partnered with a company called Valve. The upshot is that Vive is offering full motion, full-room virtual reality. It also has hand controllers, which matter a lot for the overall experience, as well as sensors and a tethered helmet.

HTC's bet is that it can be a real competitor to Microsoft's HoloLens as well as Oculus Rift and Sony's PlayStation VR. As noted before, there are a lot of hurdles for virtual reality to clear, but HTC is in the conversation.

CNET hands on: HTC Vive's coolest new VR feature is an all-seeing eye | TechRepublic : Hands on with the HTC Vive: Why it could be the VR headset to beat in 2016

Between the Under Armour partnership and Vive Pre, HTC could find a business model that highlights the brand, but doesn't require it to go toe-to-toe with Chinese rivals that compete better on price and higher-end foes like Samsung and Apple with more money.

It's unclear whether HTC can deliver with its virtual reality and health tracking efforts. For now, HTC is tethered to smartphone and tablet sales and the issue is that it hasn't sustained year-over-year monthly revenue growth since 2011. Simply put, HTC has some work ahead but there are some avenues that could give the company some hope.

By Larry Dignan for Between the Lines | January 6, 2016 | Topic: Internet of Things