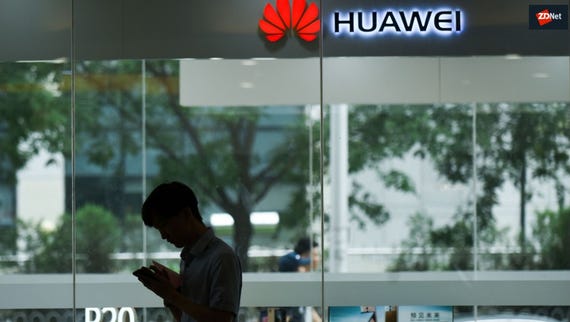 Huawei has told reporters that any evidence against the company should be revealed.

"Maybe not to Huawei and maybe not to the public, but to telecom operators, because they are the ones that buy Huawei," Chairman Ken Hu said on Tuesday, AP reported.

The Associated Press reported Hu said there has never been evidence of Huawei equipment being a risk, and the company has never "accepted requests to damage the networks or business of any of our customers".

The call follows the Czech Republic's national cybersecurity agency issuing a warning over the use of Huawei and ZTE earlier this week.

The National Cyber and Information Security Agency (NCISA) said the security threat from the two firms' products mainly comes down to China's legal and political system for companies headquartered there.

"China's laws, among other things, require private companies residing in China to cooperate with intelligence services, therefore introducing them into the key state systems might present a threat," said NCISA director Dušan Navrátil.

"The People's Republic of China actively pursues its interests in the territory of the Czech Republic, including influence and espionage intelligence activities."

Last week, it was reported that the Five Eyes -- made up of Australia, the United States, Canada, the United Kingdom, and New Zealand -- have been handing information on China and Russia to Germany and Japan.

Meanwhile, Japan has been reported to be contemplating banning Huawei from government purchases, and Japanese giant SoftBank has been replacing its LTE Huawei equipment with Nokia and Ericsson kit.

At the same time, Australia recently passed new encryption laws, which many pundits believe will make Australian companies be viewed in the same negative light as Huawei.

"The comparison is absurd. High-risk vendors have been banned from Australia's 5G network because of the threat they pose when they could be subject to unbounded extrajudicial directions from a foreign government," Burgess said.

On concerns that Australian companies will be forced offshore to avoid the laws, Burgess said the proposition is flawed.

On similar reasoning, Burgess advised Canberra to extend its Huawei ban to 5G, saying in October that the stakes surrounding 5G could not be higher.

"The distinction between core and edge collapses in 5G networks. That means that a potential threat anywhere in the network will be a threat to the whole network," he said at the time.

Join Discussion for: Huawei calls for evidence against company...