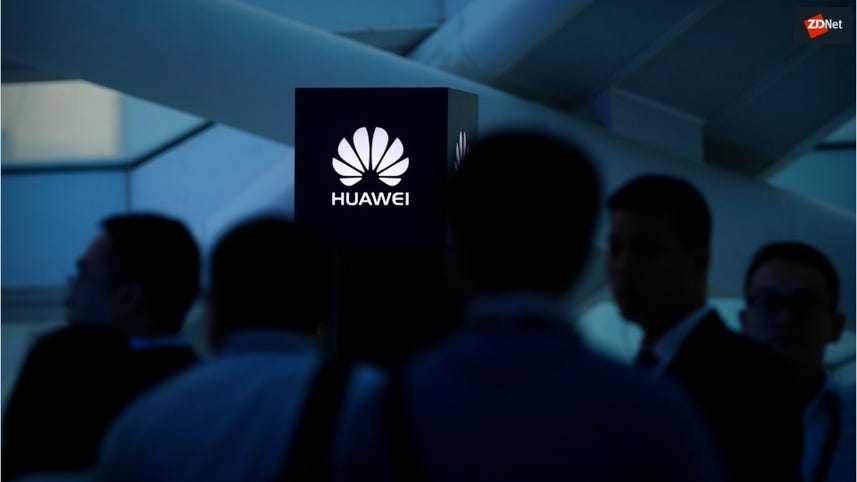 Recent security concerns over Huawei have yet to impact its bottom line, with the Chinese tech giant's revenue growing by 15 percent to 325.7 billion yuan ($47.8 billion) over the first half of 2018.

While Huawei has yet to reveal the full numbers for the six-month period, it also reported 14 percent growth in its operating margin, saying it anticipates a strong full-year 2018 result.

Across its carrier business, Huawei said it is focused on 5G along with 4G LTE Advanced solutions, along with its intent-driven networks, cloud, datacentre, and Internet of Things (IoT) offerings.

In its enterprise segment, Huawei said it will continue delivering IoT, artificial intelligence (AI), big data, cloud, and datacentre services to government and enterprise customers across energy, transportation, finance, and manufacturing in particular.

During 2018, Huawei said it has so far launched EI Intelligent Twins, which enables AI "practical application" across industrial businesses; announced a network cloud server labelled C3ne, which it said improves performance to the tune of tens of millions of packets each second; and received Payment Card Industry Data Security Standard (PCI-DSS) certification for Huawei Cloud, as well as Level 4 Classified Cybersecurity Protection with the Chinese Ministry of Public Security regulations.

Lastly, its consumer business saw the company launch the Huawei P20 smartphone series, the Huawei MateBook X Pro, and new GPU technology during the half.

Read more: Paranoia will destroy us: Why Chinese tech isn't spying on us

Huawei had in April announced full-year net profit of 47.5 billion yuan for 2017, up 22.7 percent from the 37.1 billion yuan reported a year earlier, attributing the result to its smartphones, enterprise solutions, and the digital transformation across industries.

The use of Huawei technology in telecommunications infrastructure has been facing national security concerns in both the United States and in Australia, however.

In response, Huawei's Australia CEO George Huang told ZDNet last month that the company handles no personal data, when asked about recent calls for the technology giant to be barred from taking part in 5G rollouts due to concerns over sharing data with the Chinese government.

However, the NCSC overall found Huawei to be providing "unique, world-class cybersecurity expertise".

"Due to areas of concern exposed through the proper functioning of the mitigation strategy and associated oversight mechanisms, the oversight board can provide only limited assurance that all risks to UK national security from Huawei's involvement in the UK's critical networks have been sufficiently mitigated. We are advising the National Security Adviser on this basis," the report said.

"Until this work is completed, the oversight board can offer only limited assurance due to the lack of the required end-to-end traceability from source code examined by HCSEC through to executables use by the UK operators."