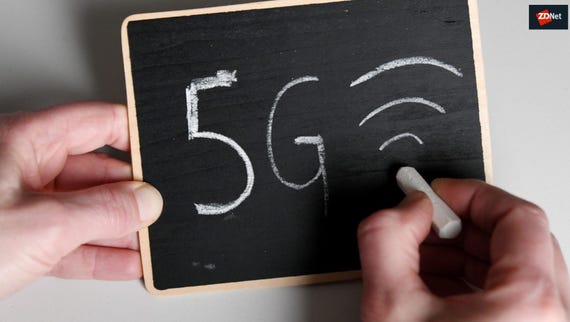 "This was multi-vendor 5G NR IODT with full protocol, full channel, and full procedure finished, which means that 5G network and 5G terminals from different vendors can not only perform functional tests, but also can further implement 5G service tests [and] support various enhanced mobile broadband services such as ultra-high-definition video and VR," the companies said, noting data transfer rates of 1.5Gbps.

"This is a key step to end-to-end 5G commercialise system."

According to China Mobile Research Institute VP Huang Yuhong, the company is planning to release version one of its 5G commercial product requirements by the end of 2018 and launch its initial pre-commercial terminals in 2019.

Intel VP of Next Generation and Standards Asha Keddy said China is set to be an "early leader" on 5G, with Intel looking to have its XMM8000 series of 5G commercial multi-mode chipsets inside commercial devices by 2019.

"As we work to accelerate 5G commercialisation after the finalisation of the 3GPP 5G R15 standard, Intel has been actively partnering with leading companies in 5G NR trials ... Intel's collaboration with China Mobile and Huawei will help accelerate the future of 5G, with end-to-end solutions from the network, to the cloud, to the client," Keddy said.

The three companies will continue cooperating on 5G tests, they said.

Intel and Huawei had in February used Mobile World Congress (MWC) 2018 to conduct the world's first 5G NR over-the-air interoperability public demonstration after Huawei had announced partnering with Intel on interoperability trials based on 3GPP standards back in September 2017.

Speaking to ZDNet in an interview during MWC, Intel GM of 5G Advanced Technologies Rob Topol said Intel's 5G interoperability trials with Huawei emphasised the importance of making sure radio heads, base stations, protocols, carrier spacing, channel coding, and modulation are all compliant and interworking.

"We didn't just go out and put press releases in NR. We're showing that it works between us and another partner," he said, adding that such trials build the "recipe" that Huawei can then take to carriers who build it out, while Intel takes the recipe to OEMs and ODMs.

"It allows both tracks to start the monetisation, the commercialisation ... we can do very quick interoperability, you're seeing form factors that others don't have yet, and it's all feeding into a commercial roadmap."

While China Mobile and Huawei work on 5G technology, however, the United States government has been actively trying to prevent any Chinese networking companies from entering its telecommunications market.

Last week, the US Federal Communications Commission (FCC) was advised by the Executive Branch to deny China Mobile entry, citing "substantial and unacceptable risk to US law enforcement and foreign intelligence collection".

Huawei similarly wrote to the FCC last week arguing that the US should not miss out on its market-leading technology, with its comments coming in response to the FCC's proposal to ensure Universal Service Fund (USF) funding is not spent on "equipment or services from suppliers that pose a national security threat to the integrity of communications networks or the communications supply chain" such as Huawei and fellow Chinese company ZTE.

Similar to its warnings that being banned from providing 5G equipment to Australia's telcos would threaten the nation's ability to stay "ahead of the game" in its mobile networks due to restricting competition, Huawei told the FCC that the US risks its "technological leadership" by banning Huawei.

According to Huawei, it has "played a key role in development of 5G standards and has been an innovation leader in 5G deployment" worldwide, including deploying technology used in trials and live networks.

However, it said its participation in the US carrier market has been "artificially restricted by unfounded allegations and suspicions based solely on misperceptions about Huawei's relationship with the government of China".

In addition to saying the US should not miss out on its leading 5G technology, Huawei again argued that there has never been evidence of its equipment causing "actual harm or even potential harm to the network".

Trump's administration has been cracking down on all Chinese involvement in the American tech sphere, including with draft legislation barring the sale of national security-sensitive technology to China and blocking government or contractors from buying telecommunications equipment and services from Huawei and ZTE.

The heads of the CIA, FBI, NSA, and the director of national intelligence to the Senate Intelligence Committee had also recommended in February that Americans not use products from Huawei and ZTE.

Huawei's Australia CEO George Huang last week responded to calls for the technology giant to be barred from taking part in 5G rollouts due to concerns over sharing data with the Chinese government, telling ZDNet that the company handles no personal data.