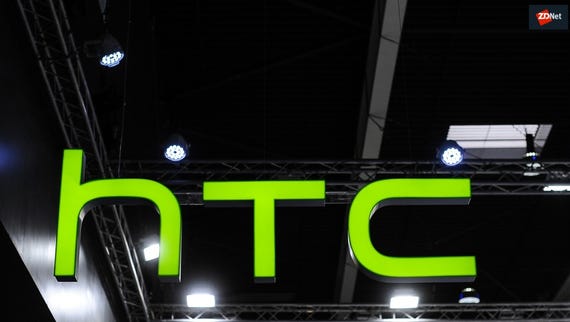 The Federal Communications Commission (FCC) has been advised by the Executive Branch to deny China Mobile entry to the United States telecommunications industry, citing "substantial and unacceptable risk to US law enforcement and foreign intelligence collection".

The Executive Branch, which includes the Departments of Justice, Homeland Security, Defense, State, and Commerce, along with the Offices of Science and Technology Policy and the US Trade Representative, made the recommendation almost seven years after China Mobile International (USA) made the application for a certificate under s214 of the Communications Act.

"After significant engagement with China Mobile, concerns about increased risks to US law enforcement and national security interests were unable to be resolved," Assistant Secretary for Communications and Information at the US Department of Commerce David J Redl said.

"Therefore, the Executive Branch of the US government, through the National Telecommunications and Information Administration pursuant to its statutory responsibility to coordinate the presentation of views of the Executive Branch to the FCC, recommends that the FCC deny China Mobile's Section 214 license request."

According to the Executive Branch, while it "strongly supports" the FCC's policy to encourage international participation and therefore competition in the US telco market, "the deepening integration of the global telecommunications market has created risks and vulnerabilities".

If permitted, China Mobile would gain access to phone lines, fibre-optic cables, mobile networks, and communications satellites, which the Executive Branch said were all "created with minimal security features because it was assumed that only trusted parties would have access".

The Executive Branch pointed to China's "record of intelligence activities and economic espionage targeting the United States" along with "China Mobile's size and technical and financial resources" in saying that the national security risk would only increase over time and could not be resolved through the mitigation strategies proposed by China Mobile.

"The Executive Branch's recommendation to deny China Mobile's application is consistent with a broader law enforcement and national security effort to counter malicious Chinese cyber activity against the United States," the petition concluded.

"The government must be able to trust that the information it provides to the carriers will be kept in confidence and used by the carrier solely for the purpose of protecting its network ... in part because China Mobile is majority-owned by the Chinese government, which the Executive Branch assigns responsibility for a significant amount of unlawful activity, including many cyber intrusions against the United States.

"China Mobile cannot serve as a trusted voice communication provider for these purposes."

A 2013 petition [PDF] from New York State Assembly member Anthony Brindisi to the FCC had similarly said that China Mobile "would command unprecedented access to both tangible and intangible US infrastructure".

"Our local colleges are helping create the nation's first cyber army, and installations like Rome AFRL [Air Force Research Laboratory] are employing them to keep our nation safe and secure from cyber invaders, like the Chinese," Brindisi had written.

According to a 2016 letter [PDF] from Counsel for China Mobile International (USA) to the FCC, the company had discussed cloud services, MVNO services, data roaming, datacentre and cross-connect services, MPLS-based IP VPN and IP backbone+local loop, and international interexchange services and international private line circuits with the FCC.

A 2013 letter [PDF] from counsel for China Mobile USA had noted the "extreme delay" in granting the licence -- which was originally applied for in September 2011 -- saying the delay "is causing significant and unwarranted harm to China Mobile USA's business operations".

US President Donald Trump's administration has been cracking down on Chinese involvement, in May reportedly introducing draft legislation to force US tech companies to divulge whether they permit nations including China and Russia to examine the source code of software they sell to the US military.

Earlier that month, legislation barring the sale of national security-sensitive technology to China was also introduced to the US Senate, with the proposed Fair Trade with China Enforcement Act blocking government or contractors from buying telecommunications equipment and services from Chinese tech giants ZTE and Huawei.

In addition, the draft legislation imposes higher taxes on any income from China being made by US multinational companies, as well as levelling duties and caps on shares held by Chinese investors in some US companies.

The heads of the CIA, FBI, NSA, and the director of national intelligence to the Senate Intelligence Committee had also recommended in February that Americans not use products from Huawei and ZTE.

After ZTE was issued with an export ban by the US Department of Commerce, the Chinese company said "the major operating activities of the company have ceased"; however, Trump then said he would speak to the department on reversing this as a personal favour.

Trump had started his trade war with China in March, imposing higher tariffs after saying an investigation by Trade Representative Robert Lighthizer had found that China is using foreign ownership restrictions to require tech transfers from US to Chinese companies, as well as conducting espionage to acquire intellectual property.

"We have a trade deficit, depending on the way you calculate, of $504 billion, now some people would say it is really $375 billion," Trump said at the time, adding that the tariffs could hit $60 billion worth of Chinese imports to America.

The Trump Administration is also considering setting standards for a nationwide 5G mobile network to prevent Chinese dominance in the industry, according to alleged government documents leaked in January.

According to the documents, Huawei and ZTE have become leaders in 5G technology due to support from the Chinese government -- with China itself "the dominant malicious actor in the information domain".

"Huawei has used market-distorting pricing and preferential financing to dominate the global market for telecommunications infrastructure. China sets aside up to 70 percent of its mobile infrastructure market for Huawei and ZTE, only allowing Western vendors to compete for the remainder," the alleged government memo says.

"The magnitude of the Chinese market reserved to Huawei and ZTE allows the companies to effectively fund their R&D with domestic sales while insulating the companies against global infrastructure spending downturns. The government has also extended an estimated $100 billion line of credit to Huawei to finance deals abroad. Combined with aggressive pricing, diplomatic support, and suspected payments to local officials, Huawei has quickly taken market share in the radio infrastructure market as well as optical and routing, leaving them poised to take market leadership of 5G."

Huawei Australian chair John Lord last week said the Chinese technology giant is the most audited, inspected, reviewed, and critiqued IT company in the world, and has never had a national security issue.

"After every kind of inspection, audit, review, nothing sinister has been found. No wrongdoing, no criminal action or intent, no 'back door', no planted vulnerability, and no 'magical kill switch'," Lord said.

"In fact, in our three decades as a company no evidence of any sort has been provided to justify these concerns by anyone -- ever."

China Mobile, which earlier this week announced that it would be building its second APAC datacentre in Singapore, has been working on 5G R&D, most recently signing an agreement with HTC last week to work on 5G devices and infrastructure.

China Mobile has also been working with Nokia on a software-defined networking (SDN) platform for its public and private enterprise cloud solutions; with Nokia on 5G field trials and 4G LTE upgrades; with ARM on virtualising its network; and with Singaporean telco StarHub to collaborate across IoT, mobile roaming, network resources, and devices.