What goes through the mind of a normal Samsung Galaxy S7 consumer searching for a new phone on the Verizon website? Well, this. All of this.
Written by Chris Matyszczyk, Contributing Writer on July 15, 2020 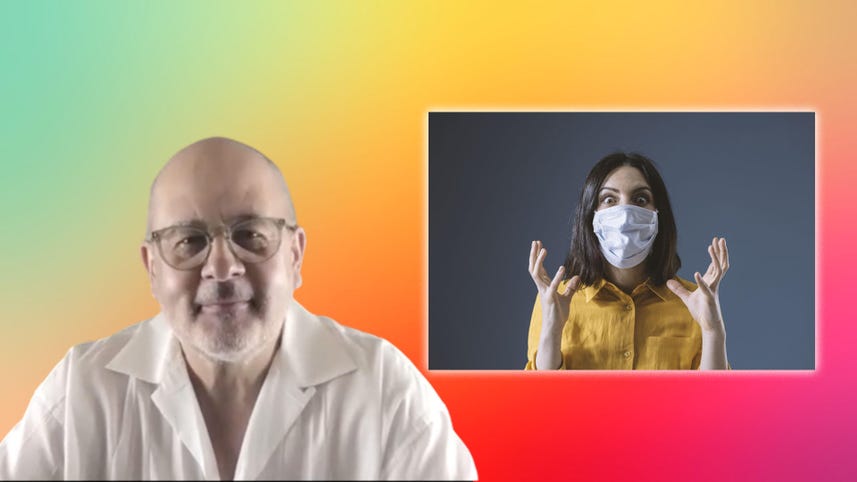 "Why did you do it?" is one of those questions that's not always easy to answer.

Sometimes, we look back and are unable to answer beyond: "It seemed like the right thing to do at the time."

When it comes to buying phones, the decision-making process has surely become more difficult. Phones last longer, so a change must be made in a considered manner. Worse, there are so many of the darned things these days. It feels less that they're marketed and more that they're 3D-printed.

So I asked my wife, a diehard Samsung Galaxy S7 owner, to talk aloud as she went through the buying process of a new phone on the Verizon website. While I sat on the sofa, took notes, and sipped a $3.99 Sauvignon Blanc from Trader Joe's.

This Won't Take Long, Will It?

She began like this: "I clicked on the upgrade options and I'm going to choose based mostly on price and the ones I like."

"But you don't care about phones, do you?" I asked.

"When I look at them here, I can tell which ones I like."

Which isn't dissimilar to her approach on the night we met. Here, though, she explained she'd chosen four phones to be in the final. This was going to be easy.

"That's a bit boring, isn't it?" I said. "There must have been other brands there."

I wanted her to explore, you see. Otherwise, we'd be doing Apple vs Samsung all over again.

"There are things I hadn't heard of or things I remembered from my youth, like Nokia," she continued. "There was really stuff I didn't know. There are 58 items. OnePlus, I don't even know what that is. What's OnePlus?"

She didn't actually say no way. Her words were a little more descriptive. Then she stopped: "But there's an LG for $15, perhaps I should look into that."

She then dug deeper. She's a scientist. They do that. And it can take a while.

Compare and Contrast. And Contract.

"So now I'm doing the whole compare thing. I've got a cheap Apple, the SE and an expensive one, the XR. I've got the most expensive Samsung, the S20 5G and the Galaxy S10e."

This really could be one of the biggest moments of our marriage, I thought. My wife might just forsake Samsung, veer around Apple and choose an LG.

I should have stopped thinking. In the next breath, she said: "Now I know why I don't want the Q70. 6.38 inches. Too big for my tiny hands. That's huge. That'd be so exceptionally annoying." She didn't say exceptionally.

Then things got even more detailed. She writes 100-page grant applications, after all.

"The XR. 25 dollars a month, I can do that. What they start at, which is of course a lie. And then there's the important stuff. Battery life. Although they break it up by usage time and standby time. Which, I mean, standby...I guess my phone's alone when it's nighttime. But then it's plugged in, so does that matter?"

I told you this was her inner monologue, right? These were the next several things out of her head, as she compared the four phones:

"I care about reviews, probably like an idiot. Weight, that matters. Storage, that definitely matters."

"Rear camera, 12 mp. Isn't that, like, a position in the British Parliament? Megapixels? I don't know."

"I want to know the difference between Black, Cosmic Black and Prism Black. I'm going to guess they're all, guess what, black."

"I look at battery life, 'cause I care about that. But then price starts to come into play. Because the one with the most usage time is the most expensive one."

"S20 is the most expensive at 50 dollars a month. Starting at…..See, this is what makes the SE less interesting. 13 hours of usage time."

We started long before 9pm. In the first world, life is still hard.

I felt we were getting close to a decision. Of some sort.

And so: "The Samsung S10e is looking pretty good."

At least it wasn't the obvious choice. It was also a choice that lasted mere seconds: "Most of them have four stars. Except the Samsung Galaxy S10e, which is 3.7 stars, not four. S10e has the least number of features. The lowest ranking for design."

I continued to listen. One day, I want to be a psychologist.

And just like that, she'd changed her mind: "Looking at what matters, what I end up with is the Apple. If I was an Apple person, I'd think great, done. But I'm going to have transfer everything and learn a new system. That seems like more work."

This, you see, is what happens if you think about these things too much.

And then another tangent: "I see my friends can like text messages that you send. On an iPhone. Do you do that?"

But finally, she reached a conclusion: "This is no good. I need to go into a store."