Full Bio
Posted in Between the Lines on March 3, 2020 | Topic: Mobility 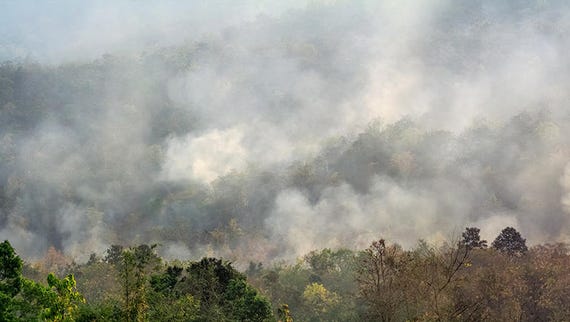 The Internet of Wild Things: Technology and the battle against biodiversity loss and climate change
Watch Now

Smartphone sales worldwide took a tumble in the fourth quarter of 2019, with only Apple and Xiaomi achieving growth during the time period.

On Tuesday, research agency Gartner released smartphone sales estimates for Q4 2019, saying that worldwide sales have declined by 0.4% year over year, in comparison to Q4 2018.

Gartner estimates that smartphone sales fell by 1% during the full year.

Samsung maintained its position as the dominant market leader in Q4, followed by Apple, Huawei, Xiaomi, and OPPO. The South Korean tech giant accounted for 17.3% of global market share, while Apple secured a market share of 17.1%.

See also: The best cheap phones you can buy in 2020: Flagship features for any budget

Huawei, a Chinese technology vendor that has experienced disaster after disaster in recent years due to the US ban on its products, uncertainty over whether or not its 5G equipment will be used as the backbone of the next-generation wireless technology's rollout, and the loss of the Google Android operating system on new mobile devices, maintained a strong market share of 14.3%.

Each vendor, however, experienced a drop in sales -- with the exception of Apple and Xiaomi, which enjoyed increased sales rates of 7.8% and 16.5%, respectively.

Apple performed well in China, where iPhone sales increased by 39% during Q4 2019. According to Gartner, this is the first quarter -- following four quarters of decline -- in which Apple's sales figures increased.

When it comes to Xiaomi, the research agency says that strong demand for the Redmi line ensured the firm did well in the Asia-Pacific region.

"The outbreak of the COVID-19 virus in China presents some challenges to retail-focused vendors such as OPPO and Vivo, but creates opportunity for Xiaomi, which has been expanding its online channel strategy," the research agency added.


"2019 ended a little better than expected, due to slightly improved performances from North America and emerging Asia-Pacific," said Anshul Gupta, Gartner senior research analyst. "However, India, which sold 151,915 million units, overtook the US to become the No. 2 country for smartphone sales in 2019. China maintained the lead, with sales of 390,780 million smartphones over the full year."

Gartner expects the move to 5G mobile devices will provide a boost to smartphone sales for vendors in the next quarter, of which many are beginning to offer 5G-enabled devices, such as the Samsung S20. Rumors have circulated which speculate Apple will offer the same technology in its 2020 flagship devices.

TechRepublic: How to reset your Android home screen back to the default

However, looking forward, Gartner believes that smartphone sales will likely be negatively impacted in China due to the novel coronavirus outbreak, although it is not expected that international sales will be hit in the same way.