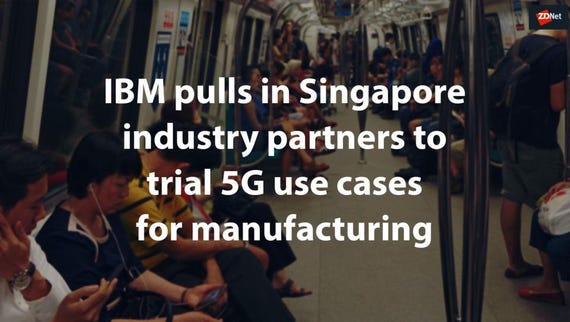 IBM has pulled together industry partners in Singapore to trial 5G use cases for the manufacturing sector, focusing on the use of artificial intelligence (AI) and augmented reality (AR) to enhance video analytics and predictive maintenance, amongst others.

As part of the partnership, local telco M1 and South Korean networking vendor Samsung Electronics will develop and test applications that tap 5G as well as other technologies such as AI and Internet of Things (IoT). Industry regulator Infocomm Media Development Authority (IMDA) will then share these applications and learnings from the trial with local enterprises and small and midsized-businesses (SMBs) in the manufacturing industry as well as other participants in the local 5G ecosystem.

The trials are scheduled to begin in the second quarter and will be run at IBM Singapore's Centre of Competency for Smart Factoring Operating Model. 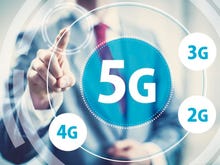 IBM said in a joint statement Wednesday that the partnership was part of its edge computing offerings for 5G and aims to generate insights for industry deployments.

With 5G shifting workloads from the edge device to centralised systems, the US tech vendor noted that this could reduce the cost of processing and requirements for edge devices, making applications more cost-effective.

The partnership would encompass 5G trials to "design, develop, test, and benchmark" industry applications that could be implemented across different industries, with these applications to be featured at IBM's Industry 4.0 Studio 5G Solutions Showcase.

Slated for launch in June, the studio is located at Singapore's Changi Business Park.

Specifically, the collaborative effort would test 5G-enabled manufacturing use cases in three key areas including the use of AI in image recognition and video analytics to facilitate automated visual inspection, as well as for acoustic insights to improve equipment monitoring and predictive maintenance. Trials will also focus on using AR to improve productivity and quality in assembly and debugging.

In addition, both Samsung and IBM hope to deploy these applications in their own operations and manufacturing sites across various markets and sectors.

Apart from implementing and testing use cases based on its AI, IoT, edge, and AR technologies, IBM said the applications would be developed on IBM's network architecture and systems using Red Hat's open applications infrastructure.

Samsung will provide its network and mobile technologies while M1 will serve as the telco provider in the partnership, which expects to establish a 5G network framework and skillset for the applications for it to not only be deployed in Singapore, but also in other countries.

The local telco, alongside co-bidder StarHub, recently secured one of two licences to roll out nationwide 5G networks in Singapore.

Samsung Electronics' executive vice president and B2B business global head KC Choi said: "These are exciting times for the manufacturing industry. Already at the forefront of digital transformation, disruptive technologies, and digitalisation are now opening up new and unprecedented possibilities for the sector.

"New technologies will confer on tomorrow's factories that will depend on ultra-reliable and low latency communication between machines, sensors, databases, and workers' mobile devices," Choi said. "More importantly, work and productivity aside, 5G will be a key tool in entertaining and connecting people."

Singapore had earmarked several key verticals, which included healthcare, manufacturing, and maritime, as part of its focused efforts to drive 5G adoption and showcase use cases that then could be championed globally. Last June, the city-state set aside SG$40 million to build up the supporting ecosystem to facilitate research and trials.

In July 2019, the city-state also unveiled plans to introduce at least 40 standards to help guide the development and adoption of new technologies, such as drones, additive manufacturing, and video analytics.