IBM has opened its 12th global research facility, with the launch of a new center in Johannesburg, South Africa.

The lab, the second to be built by the company on the continent, is backed by a ten-year investment program, worth around $60m, which was agreed by the computing firm with the University of the Witswatersrand (Wits), the Department of Trade and Industry, and the Department of Science and Technology. 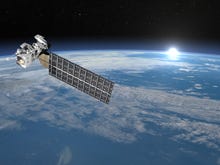 IBM's director of research for Africa, Dr Solomon Assefa, said the lab has been opened with unprecedented speed, just 18 months after the company entered into an agreement with local partners.

Assefa said the facility will combine industrial research with a startup incubator, working closely with Wits' own entrepreneur accelerator in the same innovation hub, known as the Tshimologong Precinct. Tshimologong is part of a major urban renewal project by Wits and the City of Johannesburg.

"Nowhere else in the world is there an innovation hub that houses a world class research lab," Assefa said. "One thing we agreed on from the start is that we will make the lab accessible to startups and entrepreneurs in hub."

IBM will also work out of the faculty at Wits to train data scientists in South Africa.

Assefa said he's been recruiting researchers since the initial announcement about the lab was made, and although the center was only recently opened officially, it's already been working with entrepreneurs in the fields of predictive analytics, VR, and healthcare. Applications for predicting and preventing forest fires in the Cape region, monitoring the spread of contagious diseases, and virtual reality were on display during the launch.

The center houses its own datacenter, and will act to give local businesses and researchers access to the Watson cognitive platform. It will focus primarily on three areas where data analytics and cognitive computing can be applied: healthcare, urban development, and smart cities, as well as aiding researchers studying data gathered by the Square Kilometre Array (SKA) telescope, currently being built in the Karoo region of South Africa.

Once completed, in 2024, the SKA will produce data in unprecedented quantities, more than even Cern's Large Hadron Collider experiment. IBM has been working with SKA researchers, some of whom are already based at the new facility, on developing new machine learning methods for interpreting the telescope's output.

Join Discussion for: ​IBM to use AI to tame big data in its second...