"It's not so much an aircraft as it is a flying battery."
Written by Greg Nichols, Contributor on Sept. 10, 2018 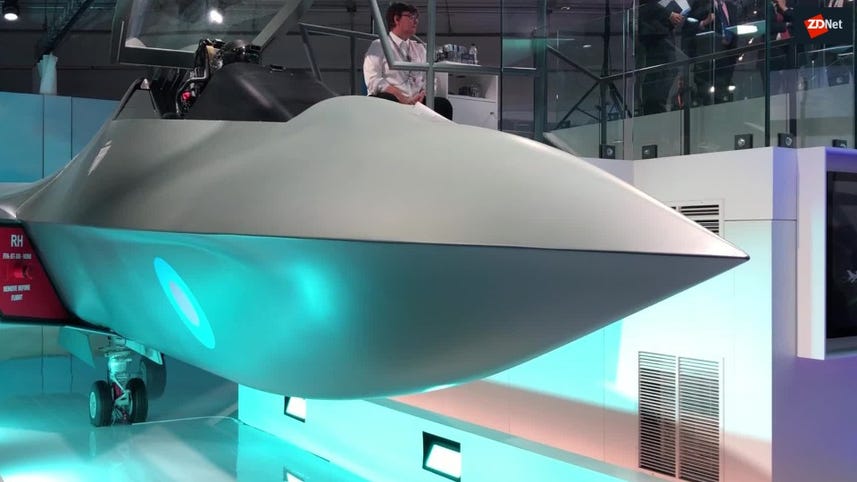 Sunnyvale-based Impossible Aerospace is on a mission to make long-range electric flight viable. The startup has launched its first product after securing $9.4 million in Series A funding to build what it's calling flying batteries.

Called the US-1, the new UAV is an electric commercial-grade drone that demonstrates the advantages of what Impossible Aerospace describes as battery-first design. In contrast to the 25-minute average flight time of other commercial drones, the US-1 can fly for about two-hours without a recharge.

It's a preliminary step toward a more ambitious application of electric vehicle technology in the aerospace industry, and it's fitting that Impossible Aerospace has attracted motor and battery experts from Tesla and SpaceX.

"The US-1 is more than just a drone. It's the first aircraft designed properly from the ground up to be electric, using existing battery cells without compromise" said Spencer Gore, CEO of Impossible Aerospace. "It's not so much an aircraft as it is a flying battery, leveraging an energy source that doubles as its primary structure."

Impossible Aerospace has sold preliminary units with custom sensor packages to firefighters, police departments, and search and rescue teams across the U.S.

"From both a cost and environmental standpoint, the future of aviation is electric," said Greg Reichow of Eclipse Ventures, which participated in the recent funding round. "We invested in Impossible Aerospace because of their thoughtful and systematic approach to re-thinking the fundamentals of electric aircraft."

A parallel dream of fully electric passenger flight in the aerospace industry is alive and well, although it remains a long way off. There's been a flurry of recent interest in the concept.

The fastest electric passenger plane in the world can go a hair over 200 mph and only carries a single passenger. Another all-electric aircraft called the e-Genius recently completed a 20,000 foot, 300-mile flight demonstration with two passengers aboard.

The US-1 is a quadcopter, not a fixed wing airplane, but the R&D companies like Impossible Aerospace are doing on electric flight will dovetail with manned electric flight in coming years.

Transportation
The curious case of the flying engineer