Infosys plans to hire up to 16,000 engineers netxt year, reflecting the improved sentiment over key markets such as the United States and Europe, according to Times of India. 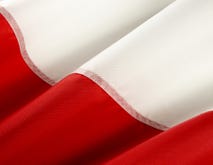 An improving demand for outsourcing services in those markets, which contribute over 80 percent of the revenues of the Us$108 billion Indian IT sector, it noted.

NR Naryana Murthy, the company's chairman, was optimistic of market confidence returning. "As long as they [government] make businesses grow in the country, as long as we collect more taxes, as long as we use those taxes efficiently, I think the confidence will come back, every one will be very happy with whatever government is in the Centre and we will be better country," he told TOI.

The country's future growth will require education authorities to lay the path now such as by grooming quality software engineers, Murthy added.

His optimism reflects the sentiment of rival Tata Consultancy Services (TCS), which expects to get a boost in its next fiscal year thanks to an improving economy in its largest market in the United States.

In October, Infosys reached a record US$34 million settlement with U.S. authorities in a case involving alleged misuse of temporary visas to undercut competitors, accusations which it has denied.