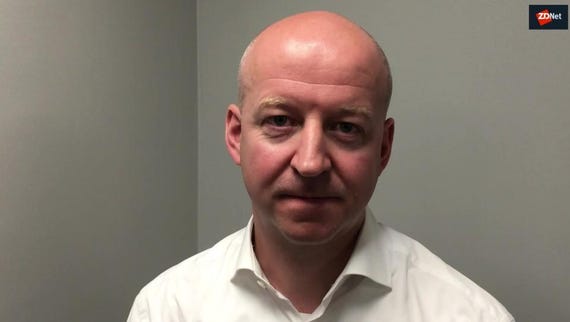 Ever since 5G was announced, connected ambulances have been hyped as the application of superfast connectivity that will bring about the next revolution in healthcare.

Today, University Hospitals Birmingham (UHB) performed a live demonstration in which a clinician based at a workstation in a hospital assessed and diagnosed a patient in an ambulance located two miles away, over BT's 5G network, which was deployed to Birmingham last May.

The patient, of course, was made of foam and plastic; and neither BT nor UHB have announced a launch date for the project yet. Earlier this year, O2 also announced that it will provide connectivity for tests simulating smart ambulance responses to emergency calls in Bedford, albeit without providing exact timeline details.

The demonstration, carried out in UHB by clinical director Tom Clutton-Block, showed an ambulance fitted with a 180-degree camera that the clinician can watch in real time on a high-resolution screen from his workstation in the hospital.

The vehicle is linked to, and shares, live measurements of clinical data such as the patient's heart rate, as well as their medical records.

The ambulance also carries ultrasound technology for the doctor to perform a scan remotely. To do so, the clinician uses a joystick that controls the hand of the paramedic in the vehicle.

Through a robotic glove, the paramedic's gestures can be guided, via vibrations triggered by the joystick.

"I need you to tilt it just a little bit more towards the liver," instructed Clutton-Block to paramedic Calum Stone for the demonstration, before saying that it felt "like having a hand in the ambulance."

Both the doctor and the paramedic can also put on VR headsets, so that live videos and close-up images from inside the ambulance can be seen by the clinician.

Combined with real-time feeds of the patient's ultrasound scans, this lets the clinician recognise vital signs and decide whether a hospital intervention is needed, or if the wound can be managed directly in the vehicle.

"To improve the efficiency of healthcare, we need to understand that not everyone needs to come to the hospital," said Clutton-Block. "With this technology, we can decide a lot better whether a wound should be healed on the spot, or if it requires further assistance."

If the patient needs to be operated, he added, the clinician can make sure that the hospital has surgeons ready as soon as the ambulance pulls in.

It is slightly premature, however, to expect to see smart ambulances driving around every city corner anytime soon.

"And compared to some hospital equipment, which can reach hundreds of thousands of pounds, a VR headset isn't very expensive either."

What will be trickier is to make sure that the new tools are completely safe to use, he added. The nature of the NHS's work, indeed, means that the organisation can't afford technical glitches – and that the system has to be entirely reliable.

Making a case in point, Clutton-Block said: "I can't ever be asking myself: 'Am I entirely sure that I am looking at the right patient, in the right ambulance?'"

There is also, unavoidably, the issue of privacy. Where doctors traditionally file physical documents describing illnesses and conditions, a smart ambulance involves filming patients – a much more personal form of information.

Even if the appropriate safeguards are set up to protect the new data, as they should be, Clutton-Block highlighted that it is likely that patients will struggle at first with the idea of their doctor looking at them from afar, and with a VR headset.

Like many new technologies, it could require some convincing, therefore, before the connected ambulance wins the heart and trust of the public. For Clutton-Block, this can only happen if patients understand exactly why the technology is used in the first place.

"This will only work if patients want it to work," he said. "But I think people are beginning to accept that we need to move forward with healthcare."

Join Discussion for: This 5G ambulance could be the future of...