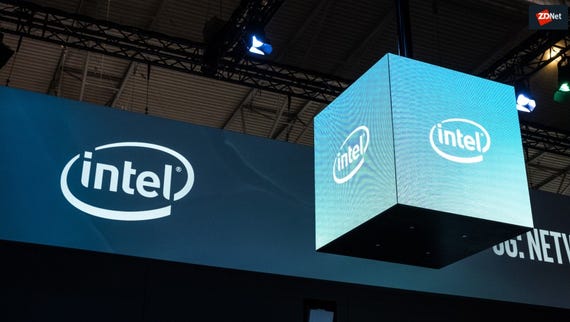 Intel has revealed a range of new security solutions designed to protect the latest wave of new technologies.

The Intel Threat Detection Technology solution has been designed to protect at the silicon level. TDT functions and utilizes telemetry at the hardware level to improve the detection of cyberthreats and exploits not only for today's widely-used systems but also potentially next-generation technologies including the Internet of Things (IoT) and the blockchain.

Intel says this technology should help the enterprise "detect new classes of threats" due to two main features. The first, dubbed Accelerated Memory Scanning, shifts the scanning process to detect memory-based attacks from the CPU to the GPU.

This, in turn, enables improved scanning and reduces the burden on a machine's performance and power consumption.

According to Intel, early tests suggest that CPU utilization for cyberthreat scans dropped from 20 percent to roughly two percent.

This particular TDT feature appears to have captured the interest of Microsoft, which plans to introduce Accelerated Memory Scanning into the company's Defender Advanced Threat Protection (ATP) antivirus solution.

The second TDT element of note is called Intel Advanced Platform Telemetry. According to the company, this feature "combines platform telemetry with machine-learning algorithms to improve the detection of advanced threats, while reducing false positives and minimizing performance impact".

Cisco is interested in this area and has signed up to integrate Intel's Advanced Platform Telemetry into the Cisco Tetration platform, which provides data center and cloud security protection.

"I am excited about the progress we are making, together with these key partners, to pioneer innovations across silicon and software to help protect customers from emerging threats," says Rick Echevarria, Vice President Software & Services Group General Manager of Platform Security at Intel.

Integrated directly into Intel silicon, the tech giant says these capabilities will help protect secure boot systems as well as protect data, keys, and trusted execution enclaves, among others.

"This standard set of capabilities will accelerate trusted computing as customers build solutions rooted in hardware-based protections," Intel says. "Further, these capabilities, directly integrated into Intel silicon, are designed to improve the security posture of computing, lower the cost of deploying security solutions and minimize the impact of security on performance."

In addition to the new additions to Intel's security portfolio, Intel also announced an extended partnership with Purdue University. With assistance from Intel, Purdue has launched a new program, Design for Security Badge, which is aimed at plugging the cybersecurity skills gap in the US.

Join Discussion for: Intel debuts security solutions at the silicon...