Once famous for its megahertz and gigahertz wars, the company is now turning to a price war to keep rival AMD at bay, with its new server CPUYs offering more power for less dollars.

Intel's new server CPUs launch on Monday highlights just what a tough time it is having competing against rival AMD in the market.

While AMD is pushing out chips built using 7-nanometer architectures, with up to 64 cores, Intel is still relying on its aging 14-nanometer manufacturing process, and the core count tops out at 28 cores before it has to turn to cramming multiple CPUs into a single package.

But despite lagging behind AMD when it comes to technology, Intel is still managing to push the envelope of what its hardware is capable of delivering. 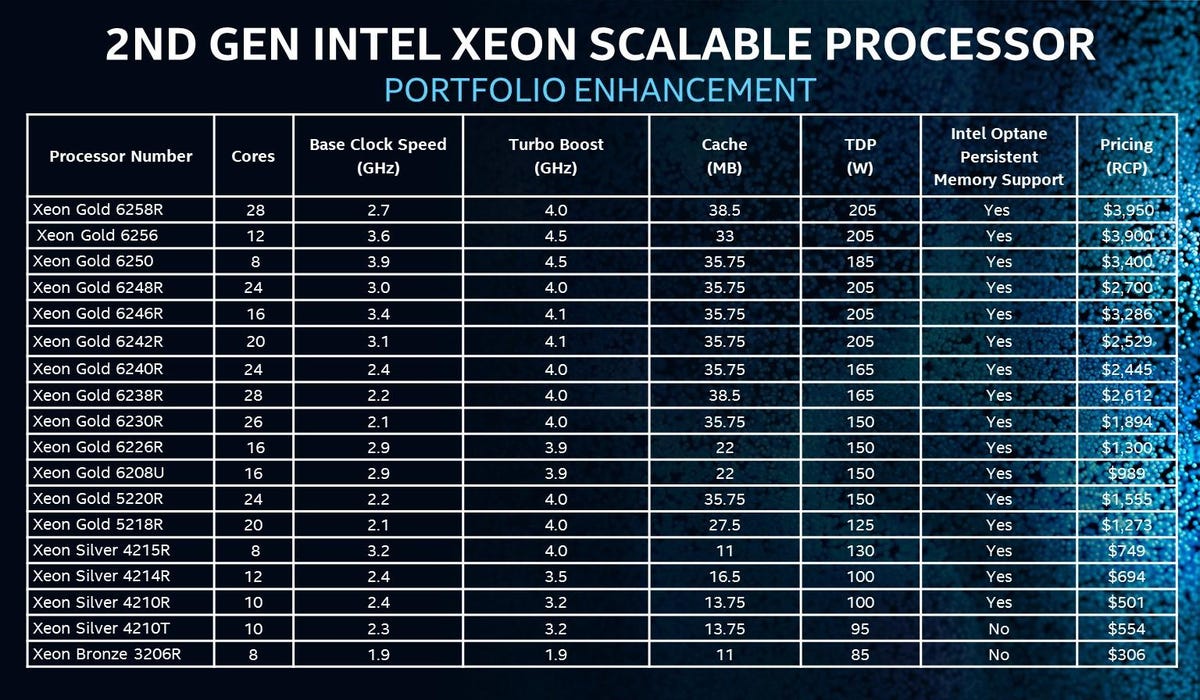 While the hardware upgrade bump is respectable, Intel is hoping that it is the price cut that catches the eye of buyers.

Intel is also keen to deliver increased value for single-socket entry-level servers, an area that it has previously neglected, and an oversight that AMD has been capitalizing on for the past few years with its Epyc line.

One thing that Intel isn't short of is cash. Intel has vast -- yet declining -- cash hoard on hand, just over $12 billion as of September 2019. This gives it a bountiful war chest to engage in a price war. AMD, on the other hand, is not so comfortable, with a tenth of Intel's cash on hand.

Intel has already signaled its willingness to use price as a weapon against AMD. The recently-released Core X line received significant price cuts, with the latest generation being about half the price of the previous-generation silicon.

Intel clearly wants to put the brakes on the progress that AMD is making.

Join Discussion for: Intel takes on AMD the only way it can