Full Bio
Posted in Between the Lines on February 18, 2014 | Topic: Data Centers

SAN FRANCISCO---Intel is upping the ante for crunching big data, promising to double the performance over the previous generation with the new Xeon E7 v2 chipset.

The Xeon processor E7 8800/4800/2800 v2 product family is designed to support up to 32-socket servers with configurations of up to 15 processing cores and up to 1.5 terabytes of memory per socket. 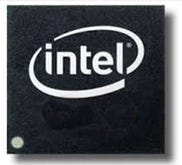 Unveiled at the Exploratorium museum during a media presentation on Tuesday, the chipset falls within Intel's game plan for tackling the Internet of Things movement, which the processor maker projected will grow to consist of at least 30 billion devices by 2020. (Previous forecasts have predicted closer to 20 billion, demonstrating just how rapidly and exponentially the reach of connected devices has grown in the last few years or even months.)

Intel cited an additional forecast that big data and advanced analytics is supposed to be worth roughly $32.4 billion by 2017.

Thus, the latest addition to the Xeon portfolio is Intel's latest step to turning around massive amounts of data from mission critical workloads into verifiable numbers in real-time for solving business problems faster.

Beyond two times better performance power, Intel is promising a few other upgrades with the next generation of this data-focused chipset, including triple the memory capacity, four times the I/O bandwidth and the potential to reduce total cost of ownership by up to 80 percent.

Diane Bryant, senior vice president and general manager of Intel's datacenter group, described the upgrades as a "dramatic refresh" of the product line with the greatest scalability and performance for mission critical workloads.

Enterprises have always had large amounts of data, Bryant acknowledged, but she pointed toward several industry changes, including the types of data sources, the tools and services for consuming data, and the kinds of business insights that weren't capable of being harnessed before.

Jim Ganthier, vice president of Hewlett-Packard's global server marketing unit, touted that the Xeon E7 v2 is already headed to some of HP's ProLiant servers for use with VelociData for reducing (if not eliminating) bottlenecks while processing big data.

While explaining how these services are driven by advanced analytics and in-memory computing, Bryant noted that Visa has identified $2 billion in savings thanks to fraud detection powered by in-memory analytics.

Bryant argued that the biggest roadblock for obtaining and implementing advanced analytics is usually complexity, so one of the preeminent goals for Intel is to deliver a solution that is supported by a vast ecosystem.

Intel has signed on nearly two dozen hardware partners to support the platform, including Asus, Cisco, Dell, EMC, and Lenovo. On the software end, Microsoft, SAP, Teradata, Splunk, and Pivotal also already support the new Xeon family. IBM and Oracle are among the few that support Xeon E7 v2 on both sides of the spectrum.

For a closer look at Intel's Xeon E7 processor family and strategy, check out the promo video below: