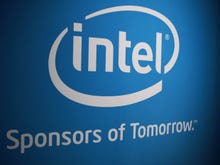 Earleir this week, Intel officials laid out the whole of its work in Israel, where it has four R&D facilities and a major chip fab: Fab 28, one Intel's largest facilities. The plant, in the southern Israeli town of Kiryat Gat, is the design brains trust of the 22nm chips that power the second generation of ultrabooks — of which, Intel said, there are now about 140 on the market, including new convertible and touch models.

"Not only that," said Intel senior corporate VP Mooly Eden at Intel Israel's annual press event in Tel Aviv this week, "we had a design breakthrough last year by our Haifa team, along with the manufacturing division, developing chips that run at 7W SDP [scenario design power, a power level that encompasses the application power associated with mainstream usages such as media consumption, casual gaming and light media creation]. As such, they draw less power than the "regular" Ivy Bridge processors Fab 28 has been producing until now, Intel said.

The improvements to Ivy Bridge will be rolled into the Haswell processors that will be going into third-generation ultrabooks. Haswell-equipped ultrabooks will probably be on sale by the summer, but manufacturing of the new processors has already begun. Haswell was jointly designed by Israeli and US teams, as were Ivy Bridge and Sandy Bridge, Eden said. Meanwhile, Clover Trail Atom processors for tablets — currently in use with the new Windows 8 tablets  — are also produced in part in Israel, where they were largely designed as well.

"During 2013, we will continue to produce the Haswell processors in Kiryat Gat, and we will keep the plant at the forefront of technology," said Maxine Fassberg, VP of Intel's technology and manufacturing group and Fab 28's plant manager.

"During 2012, we managed to reduce the cost of production and to improve the production process. We see the results of the investment Intel has made in the plant, and how it has improved our capabilities."

According to Eden, Intel invested about a billion dollars in its Israel operation in 2012, much of it in Fab 28. 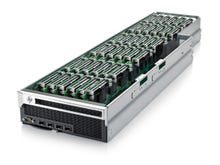 The platform will provide a dual-core Atom processor with Intel's Hyper Threading technology (the Atom Z2580 processor platform), providing better speed and performance than the Z2460 (Medfield) processors in use in the current generation of Intel-powered smartphones . These processors, too, will be produced at Fab 28.

The new reference design will also sport a dual-core graphic engine. Friedman said that the platform will be included in a variety of phones, from high-end to special editions for lower-end markets in the Far East and Africa. In fact, the first phones in the series have been introduced in Kenya and India, with speeds of up to 1.2GHz, 1080p HD video capture, and a five-megapixel camera.

But despite ramping up its presence in mobile hardware, Intel is not looking to become the next consumer tech brand. Clarifying remarks he made at a meeting in Tel Aviv late last year, Eden said that as it stands now, Intel has no desire to brand itself in the retail market,  and would rather stick with producing reference designs, and leave the hardware-making to others.

"We have a great relationship with our partners and see no reason to compete with them," Eden said. "Our job is to produce a form-factor reference design, showing a model to customers, who can then take those ideas or models and develop it for their markets. It's a great model for us and we have no desire to change it." 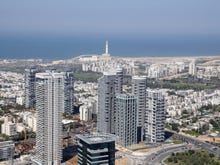 But that doesn't mean Intel is against a bit of hardware experimentation. Last year, the company opened the Intel Perceptional Computing Center in Israel, unveiling a video camera and SDK that allows fine gesture interaction with computers.

First hinted at here last December , the camera (by Creative) was introduced at CES; the SDK (developed at Intel's Haifa facility) has been available for developers for about four months, and at the press conference, the first beta versions of games based on the platform were on display.

"This is the only gesture technology platform that allows fine, up-close gestures, as opposed to the gross motor gestures you need to use for platforms like the XBox," an Intel spokesperson said. "Our platform can recognise small gestures, like the flick of a finger, and raises the bar for gesture apps, which will now be able to do much more."

Along with the gesture platform, Intel is almost finished with a major upgrade of its Dragon voice recognition technology, said Eden. "The new version will be able to differentiate between accents, and will be able to learn the nuances of a user's speech based on their reading a few pages of text." Already, Eden said, the beta versions of the system are wowing their testers. "It's working much better than we anticipated," he said.

But there's more to it than just games. "We've been running a contest for developers to come up with innovative ways to use our perceptional computing SDKs," he said. "The games we saw are very impressive, but forget the games. What about gesture or voice technology to help people who can't type or who are paralysed to interact with devices, getting the machines to do things that let them live a more independent life? We've seen these and much more in this contest," said Eden. "As far as I'm concerned this is the kind of thing we're here for."

Join Discussion for: Intel's hardware future: From mobile to ultrabooks,...