A top Spanish vineyard is using the Internet of Things to improve grape cultivation and save money.
Written by Anna Solana on May 2, 2018 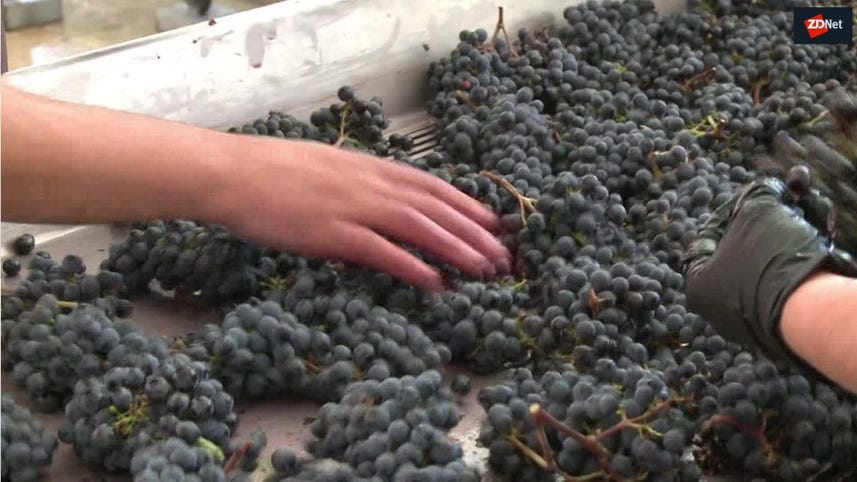 Winemaking is getting smart, or at least sensorized. In Pago Aylés, a winery in Zaragoza that produces vintages ranking at the top of the Spanish wine-quality pyramid, they've turned to sensor technology to improve production.

"It was a necessity," says the vineyard's agronomist, Julio Prieto. "I make a number of in-situ measurements. Coupling them with data provided by stations and soil sensors can help us obtain crucial information to make early decisions for greater efficiency and lower production costs," he tells ZDNet.

Working with remOT Technologies, a spin-off of the University of Zaragoza in northeast Spain specializing in agricultural measurement, Pago Aylés has embarked on an IoT project to "model the future", as Prieto says.

The IoT technology has been provided by Libelium, a Zaragoza company created by Alicia Asín and David Gascón in 2006, which sells a hardware and software platform to "connect any sensor to any cloud using any wireless technology", including industrial protocols such as CAN bus.

A network consisting of more than 100 checkpoints across approximately 25 measurement parameters has been installed in the vineyard to automatically monitor air and soil temperature and humidity, and environmental pressure, as well as rainfall, wind speed and direction.

The recorded data is sent via 4G directly to a web app developed by remOT Technologies that works with Microsoft Azure Cloud, so the user can view the data in a values table or chart format and compare the same parameters on different dates.

"This way we speed up all the data post production," says Prieto. "We can have, for example, the maximum production potential for, let's say, the following month, which can save a lot of money," he adds.

Libelium says the use of its IoT solution and the remOT app, called Agrimés, which works offline too, not only helps improve productivity and avoid diseases but increases the quality of the product.

Prieto says that claim is borne out by a rise of 30 percent in the vineyard's quality measures. "This is essential to be able to maintain our market position and pricing strategy," he says.

The winery's S de Aylés wine from 2015 has recently been awarded the Grand Gold Bacchus at Bacchus Wine International competition.

However, there is still a long way to go before the use of IoT technology becomes common in viticulture. Prieto admits that not many agronomists are using it yet.

"I know of just seven or eight winery agronomists in Spain that have delved into IoT. And it's a pity, as in a single season the return of investment is guaranteed", he says.

ISizeYou is a virtual tailor app that helps you buy the right size of clothes online first time.