Full Bio
Posted in IT Iberia on December 8, 2017 | Topic: Innovation 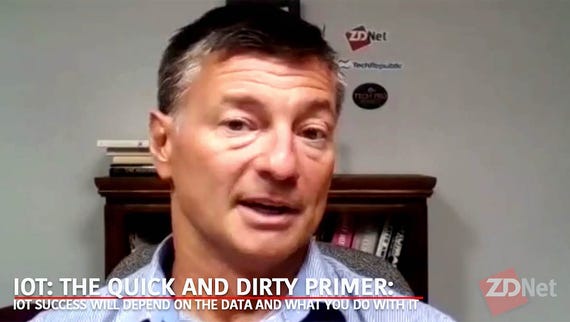 Spain's Balearic Islands are about to be covered in half a million sensors. The regional government's ambition is to turn the archipelago off eastern Spain into a globally recognized lab for Internet of Things projects.

Benjamí Villoslada, the Balearic government's general director of technological development, sees the sensor infrastructure as providing an opportunity to develop services that improve the life of inhabitants.

He is pushing for the islands' existing digital terrestrial television infrastructure to be put to new uses and extended to cover the entire territory with 50 IoT antennas, each supporting at least 10,000 sensors.

"These towers are already there, sometimes in steep, remote places, and have to be maintained. So, we thought we could make them cost-effective and sustainable by attaching antennas that work with IoT modules," he says.

Villoslada explains that there are many ideas on the table, but city councils and other regional administrations need to develop them.

"We provide the connectivity thanks to [long-range, low-power wireless platform] LoRa technology and make the sensors visible through an API connected to Sentilo, the open-source platform for sensors and actuators developed by Barcelona city council. Then, every project decides how to use this," he adds.

One possible scheme would involve the regional social-services department using the sensors to help the elderly, from tracking them if they get lost on the streets, to triggering alarms if they've accidentally left a pot to boil dry.

Tourism organizations are also keen on having tools to help visitors who get lost while on tough outdoors activities, or to identify if a beach has become too crowded and to offer alternatives to swimmers.

There are endless possibilities, according to Villoslada, because extending the range of the sensors to between 10km and 15km (six and nine miles), is not expensive and consumes little power.

Wouter Tebbens is president of the Free Knowledge Institute and the mastermind behind The Things Network project to build a fully distributed IoT infrastructure in Barcelona.

He says the advantage of the LoRaWAN (low-range, wide-area network) specification is that it avoids the need for complex local installations and allows for the development of open and secure networks to create alternative business models.

He is also convinced that the technology enhances "technological sovereignty" at the political level, so that organizations do not to have to rely on monopolies.

For Villoslada, this IoT infrastructure is in line with the Spanish archipelago's 'sun and data' model and can help turn it into a "lab for IoT technologies and products of the fourth industrial revolution".

"IoT will have a profound impact in our digital world. We have the elements to offer citizens a range of services that can be useful," he says.

For the moment, a pilot is being carried in the parking lot of the Balearic Technology Innovation Park, or ParcBit, where the technology monitors the occupancy and availability of 1,200 parking spaces.

Google has also bought into the idea. It's already offered the Balearic government its own IoT platform and a partner in the form of Spanish consultancy Beeva to conduct another pilot project to optimize the use of moorings in Pollença harbor.

According to Villoslada, the Balearic Islands are the first autonomous community in Spain to support this kind of deployment. It's unlikely to be the last either, because some telecom associations have shown an interest in this approach. But Villoslada doesn't want to stop there.

Although the digital terrestrial television and Tetra (terrestrial trunked radio spec) emergency towers are an interesting part of the infrastructure to be reused, they are not the only ones.

As weird and ugly as lamp posts can be, they also offer another avenue for LoRa technology. However, in this case, the open-source specification will have to compete with the small cell technology that some big companies are implementing to deploy 4G LTE and 5G broadband services.

Sun, sea, and open source: How Spain's Balearic islands are trying to turn into a tech paradise

From widespread open-source software use by its government, to improved connectivity on Mallorca, Menorca, Ibiza, and Formentera, the Balearic islands are aiming to appeal to technologists as well as tourists.

Spark has partnered with Actility to build a LoRa IoT network across the country by 2018, with plans to also construct narrowband and LTE-M1 mobile-based IoT networks.

Join Discussion for: How do you turn these islands into a living...