ISizeYou is a virtual tailor app that helps you buy the right size of clothes online first time.
Written by Anna Solana on March 21, 2018 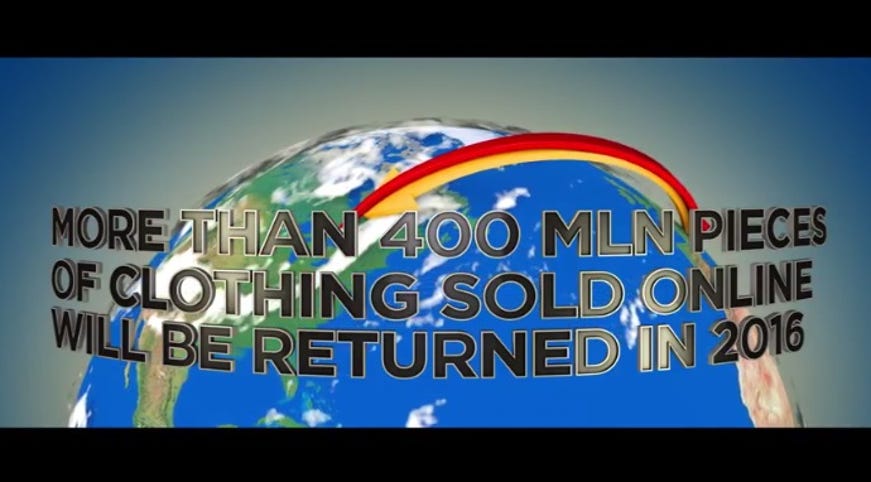 Websites are already using 3D imaging technology and various tools to let people try on clothes virtually. But returns remain a costly headache for clothes retailers and for the environment.

According to several reports, almost two-thirds of online clothes shoppers have sent something back at some point and clothing returns can be as high as 40 percent.

It's not just because some products are poor quality or defective, but mainly because consumers find it nearly impossible to choose the right size online.

As a result, they replicate the process that occurs in bricks-and-mortar stores and order various sizes and colors, and then turn their bedroom into a retailer's changing room. The problem is free returns are costing retailers big money, and that's not sustainable.

ISizeYou aims to solve this problem by acting as a virtual tailor and measuring your body, so that it's easier for you to pick the right size when buying online.

The app, funded to the tune of €1m ($1.23m) by EU project Morpheos, has been developed jointly by the UPC's Institute of Textile Research and Industrial Cooperation (Intexter), companies iDeal and Holonix, Italian clothing manufacturing Piacenza, and the Technical University of Munich, as well as the Spanish Technology Institute on Metal-Processing, Furniture, Wood, Packaging and Related Industries, AIDIMME.

"The app analyzes a couple of pictures uploaded by the user and calculates a series of measurements in two dimensions. These figures enable the app to decide a person's morphotype and then extrapolate other dimensions in 3D," José Antonio Tornero, researcher at Intexter and coordinator of the project, tells ZDNet.

Once you've downloaded the app, logged in, and entered your height and weight, it uses the pictures you provide to create your specific size profile. Then, when you visit a store that uses the app, such as Piacenza Cashmere, and choose an item, it automatically knows the right size for you.

However, because ISizeYou is still in beta, the process requires patience. Taking the pictures can take time, as you have to dress in close-fitting dark clothes, including socks. You also need someone to take the pictures of you since using a self-timer can lead to wrong measurements.

Last but not least, errors can occur when contouring the body and uploading the images. These errors naturally can play havoc with subsequent online shopping visits. But the researchers are working hard to improve accuracy.

"It's true that for now the app works much better for men and with Piacenza. But we are working to solve these issues, and to integrate subjective aspects such as the buyer's preferences in clothing [such as tighter or looser]," Tornero says.

"We're also trying to learn from the buyer's use of the app through machine-learning techniques," he adds.

Tornero believes that the software could ultimately reduce clothing retailers' returns and associated costs by 80 percent. Currently, in the European fashion sector, the percentage of returns is 40 percent, he says.

Yet Marc Carpio, sales director at Vente-Privée/Privalia Spain, considers that size is just one side of the problem.

"It's a matter of the total look. In stores you can use all your senses, see the real color, feel the drape and hand of the base fabric. When you get an order at home, sometimes the reality is not as you expected and, as the return is free, you decide to use this option."

That's why Carpio believes that "translating the offline store experience to a domestic environment is a necessary move when considering the evolution of ecommerce".

At Vente Privée/Privalia, they are using more photos of the products from different angles, with zoom on details, and more precise descriptions of pieces of clothing.

On their side, ISizeYou partners are trying to involve more online stores in the project, and they expect the system to work in other sectors where measurements are a key factor, such as the furniture or the automotive industry. Users and the environment may end up thanking them for that.

Yet another government is trying to wean itself off proprietary software. It's a nice idea, with poor execution.