iOS 14 is suffering from an old Windows problem

If you're going to make user interface changes, make them consistent. And make them where they're needed.
Written by Adrian Kingsley-Hughes, Contributing Writer on Oct. 2, 2020 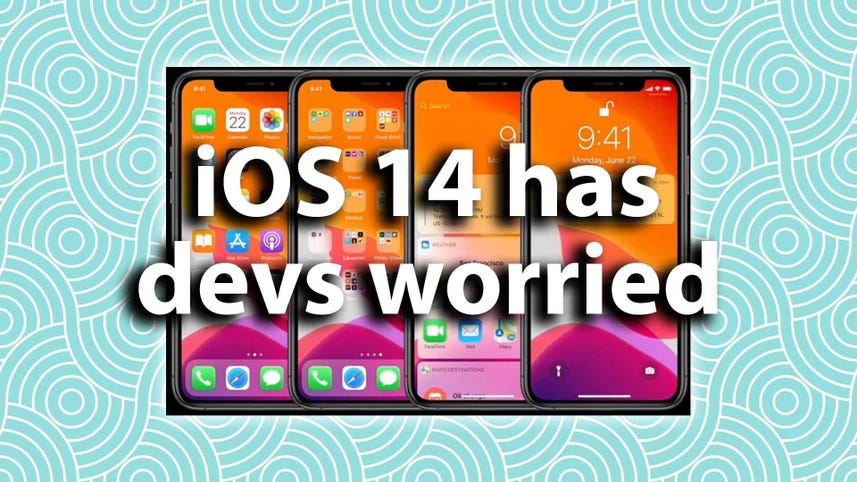 One of the things that I hate about operating systems is when they go through that stage of making changes, but those changes haven't been adopted across the board.

I remember Windows going though that phase. One moment you were using a new user interface, and a couple of clicks later you would be using the old stuff.

It's a small thing, but consistency matters.

A lot of the time it feels like the problem comes down to making changes for the sake of making a change, rather than change being driven by a need to make things better.

iOS 14 is suffering from this.

Must read: iOS 14.0.1: The battery and connectivity woes continue

I first noticed this in the Clock app.

Rather than using the old scroll wheels for entering time, it's now done though a tiny "bubble." Sure, it's nice to have the option to enter times using the keypad, but adding a keypad option and deprecating the touch UI to something smaller and fiddlier is less user friendly.

I'll adjust, but I'm not sure why I need to adjust. It's not like the two things couldn't have been made to work side by side.

Another thing I'm noticing is a mix of old and new, especially in the Settings app. Some places it's clear Apple has put a lot of thought into offering good visuals that really help to explain what's going on.

Other places, you're just left to guess what something does.

Then there's the mess that Settings app has become. It reminds me of Windows Control Panel. To find anything you either need to go hunting for it, or use the search feature (which is patchy and only works if you know what you are looking for).

It's also chaotic. For example, why is Picture in Picture hidden in Settings > General, while Display & Brightness, Home Screen, and Wallpaper are under Settings? Why does Wallpaper get its own spot?

Why does Personal Hotspot get its own entry in Settings, but it's also accessible from Cellular?

There doesn't feel like there's any logic to the way things are organized, and the more that's added, the messier it all gets.

Why are so many entries just huge lists? Apple devs have tried to organise some things with headings, but it's again really inconsistent. Just look at this one screen shown below. Some thing are organized under headings, some are not.

And it seems that the more apps you have installed, the messier everything gets.

I think a huge part of the problem is that, much like Control Panel in Windows or System Preferences on the Mac, the Settings app is like a cupboard where things are thrown into to give them a place. I remember when the Settings app was clear and easy to navigate, but I also remember thinking that one day I'd grow to hate it like Control Panel as mire stuff was tossed into it.

It's time for a serious spring cleaning.

Inside a disposable phone charger

How to limit Spotlight search to improve privacy in MacOS

How to limit Spotlight search to improve privacy in MacOS