Dorothy Monekosso wants the smart home to help look after the people living in it.
Written by Daphne Leprince-Ringuet on Dec. 15, 2020 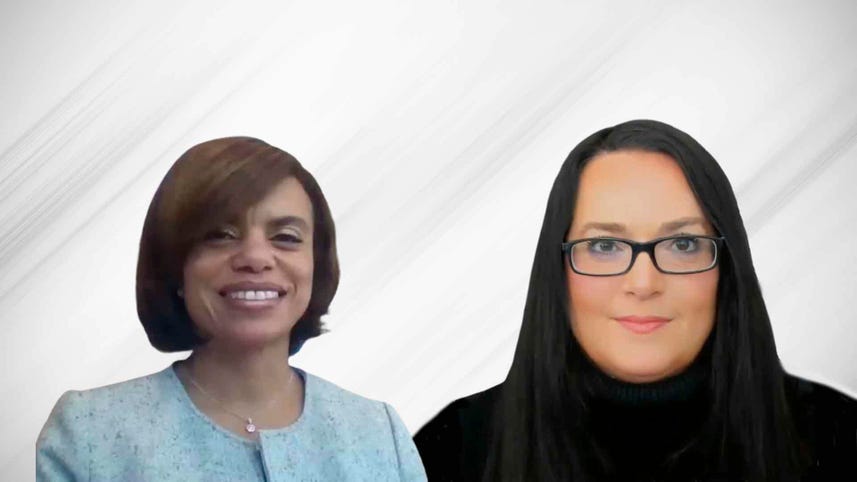 "Sorry, did you hear that?" asks computer scientist Dorothy Monekosso, as the all-too-familiar voice of Amazon's Alexa resonates in the background of our phone call with her placid, "Sorry, I'm having trouble understanding."

Monekosso was describing a new project she is working on with a colleague, to use Alexa to support independent living for elderly people. "Whenever I describe these projects, I have to speak quietly, because every room in my house has got sensors in it," explains the scientist.

One time, she remembers, her TV accidentally sparked a house-wide conversation between different devices that mistakenly thought that she was the one giving out orders. "I was rolling on the floor laughing," says Monekosso. "If you ever get the chance, try getting Alexa and Siri talking to each other. It's hilarious."

On top of making her home smarter, voice assistants also lie at the heart of the scientist's research.

Earlier this year, Monekosso was awarded an Honorary Fellowship by the British Computer Society (BCS), the Chartered Institute for IT in the UK, for her work on smart homes for people living with dementia – joining a prestigious list of game-changing scientists that include, among others, World Wide Web inventor Tim Berners-Lee.

"I got interested in those kinds of systems, because I started thinking about what we could use them for, apart from geeky people like myself who have lots of sensors in their home," says Monekosso. "It became clear that there were applications to support people with cognitive or physical problems, who need to live independently at home."

With the idea of building homes that can look after their owners, Monekosso's research focuses on fitting every possible appliance with a useful sensor. Beds should be able to warn that a user has been sleeping for longer than usual, for example; mugs should read that a drinker's grip isn't as firm as before, and bathrooms should be equipped with fall-detecting sensors.

A house that is equipped with AI-infused tools, explains Monekosso, can learn from historical data to detect subtle changes in behavior that might be indicative of a potential problem facing a vulnerable person who is living alone.

As compelling as Monekosso's research in assistive devices is, smart homes was not always her domain of expertise. The scientist was a born engineer with a particular fascination for airplanes, which she remembers watching for hours as a child with a single obsession: to learn how to build them. Choosing electronic engineering for her degree was an obvious decision, and soon led to her landing a first job in a small satellite design company.

After a short stay with NASA in the US, Monekosso decided to go back to academia, where her work in engineering gradually led her to computer science; and from smart satellites, the engineer soon found a new passion for smart homes.

There are common themes to be found between building the computers that control satellites in space, and developing the smart home systems of the future. Working on an algorithm that can alert operators that an engine is broken on a spacecraft, and automatically activate the appropriate response, is in principle the same thing as designing a sensor that calls the doctor when it suspects that a patient has fallen down the stairs.

For Monekosso, at least, the parallel between the two fields is evident. "It's not a big jump," she argues. "I got interested in smart homes because it's just an extension of an intelligent spacecraft. You're applying algorithms to a different application area, but your mind is doing exactly the same thing."

For the scientist, a much greater shift occurred in the engineering process. When customers came to her asking for a satellite, there wasn't exactly room for personalization; in healthcare, on the other hand, the design process stems purely from the needs of the user.

Fitting beds, corridors, chairs or tableware with sensors won't go down well with every user; and an automated conversation triggered by an innocuous TV advert might be funny to some but is likely to be terrifying for an elderly person living with dementia.

"There is no one size fits all," says the researcher. "We have to individualize the solution to work with different people. In healthcare, it's really about co-creation – you need to work with the person to understand what they really need. That's the real difference in the way I work."

The co-creative nature of her work has also shed a new light on the significance of diversity, or lack thereof, in technology. When designing a device for people, explains Monekosso, it is crucial to be planning for different users – and the only way to achieve this is with a diverse team of creators.

The researcher uses the well-known example of an exclusively right-handed team designing a tool, only to find that left-handed people can't use it. "Suppose you have a left-handed in your team, you would have figured this out a long time ago," she says. "I like to use this simple example, because it gives people an idea of what you mean, before you even start bringing in the difficult conversations about gender and race."

Yet the technology sector is still facing gaping imbalances when it comes to diversity. Case in point: Monekosso is currently the only Black female professor of computer science in the UK.

From the comments of co-workers to working for an engineering company that had forgotten to plan for a ladies' bathroom in their offices, she is not short of anecdotes that over the course of her career reflect the lack on diversity across the industry.

She still remembers first days of work punctuated by "this is a boy's club only" emails, and new colleagues refusing to shake her hand out of principle – small examples among many others, according to the scientist, and which often made it a tempting prospect to simply walk away from the field.

"There was even worse stuff that I won't go into," says Monekosso, "but the serious problems really come as you start climbing the ladder. And these are the reasons women just leave. Most women are multi-talented, so if they can't do engineering or maths, they'll do something else."

"I stayed because I knew nothing else," she continues. "There were days where I thought that I wished I could be a nurse instead, but I don't have the characteristics of a nurse. It wasn't engineering or something else – it was always only engineering. It was the only thing I felt I could do."

Gender stereotyping, harassment or failure to be recognized as equally valuable as men still feature prominently among the reasons cited by women for leaving technical roles. The statistics speak for themselves: in engineering, for example, women make up just above 10% of the workforce, and a major gap persists between the proportion of men who enter the engineering profession after graduating, compared to that of women.

It is an even bleaker state of things for Black women. Research recently carried out in the US showed that Black and Hispanic women who majored in computer science or engineering are less likely to be hired than their white counterparts, and together hold only 5% of computing-related jobs in the country.

The picture doesn't get better in the UK. For example, although the proportion of women in IT is increasing, reaching this year 20% of the workforce, Black women are still under-represented in the profession, with only 0.7% of roles.

Organizations like Coding Black Females or Tech Up Women are popping up all over the country to try and reverse the trend, but there is still a long way to go. While Monekosso is convinced that the dramatic lack of diversity in her field is gradually improving, she stayed clear of expressing unreserved hope.

Transforming the status quo will take strong leadership and the desire to have difficult conversations with decision-makers. The seeds of change seem to have been planted, according to the scientist; but it could be a while, before a real shift happens. "Hopefully, it won't take too long," says Monekosso. "Hopefully, some things will change before I retire."