A jailbreak tool for the latest iOS 6.1 software for iPhone, iPad and iPod touch devices has been released, just shy of a week after Apple let loose the latest mobile software.

@planetbeing made good on a promise that the software would be made available by today. The download links for the latest jailbreak software—available for Windows, OS X and Linux machines—went live today.

'Jailbreaking' is the process in which locked-down software is opened up to external applications outside the platform's protective fence. It allows third-party contibutors to gain further access to the device's features, which has spurred on a huge—albeit entirely separate—ecosystem for non-Apple App Store applications.

These apps, available through third-party stores, such as Cydia, often increase device functionality and offer services that would not ordinarily allowed in Apple's strict application ecosystem. 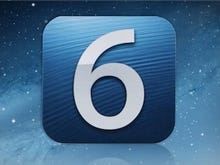 Following a court ruling filed by privacy group the Electronic Frontier Foundation (EFF) in 2010, jailbreaking an iPhone or iPad was made explicitly legal under the Digital Millennium Copyright Act (DMCA), despite Apple's opposition. Jailbreaking a iOS-powered device will void its warranty, but restoring the device in iTunes will return the device back to its original state.

But from a security perspective, while jailbreaking a device can open up the smartphone or tablet to apps not verified by Apple, the third-party community can in fact help make the platform more secure by fixing vulnerabilities quicker than Apple.

ZDNet's Jason O'Grady  described the feature as "akin to your Web browser's Do Not Track option," has more on the feature.

The software update also included support for more 4G LTE networks in a range of European and Middle Eastern countries, and a bevy of security fixes to the platform.