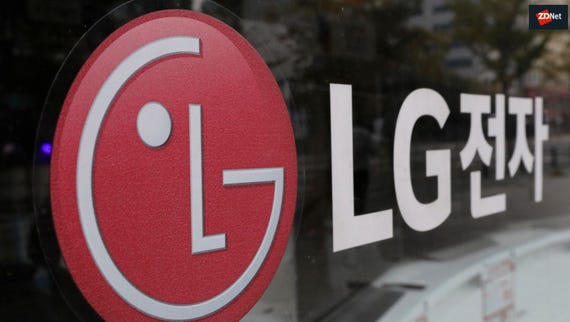 If you're capable of sympathy, can you spare some for Android manufacturers?

They do all they (think they) can to compete with the iPhone, yet it rarely seems like enough.

Some keep their frustrations to themselves. I fear LG went to a fine psychologist who advised: "Poor thing. Just let it out."

As my evidence, may I present a new ad emitted by the Korean phone maker?

Here we have Ryan, surely an iPhone user, bemoaning the slowness of his phone. This is a strategy already employed by Samsung, as it tries to persuade, oh, vulnerable iPhone 6 users to switch to its fine Android side.

LG, though, bares its frustration fully. It's convinced that the new, elegantly named LG G7 ThinQ is better than the iPhone.

"What, do you need a celebrity to convince you?" snorts Ryan's roommate/lover/ex-wife.

Suddenly, Parks and Recreation's Aubrey Plaza appears. Because that's what can happen in ads.

Then we see that his friends, his family, even his hairdresser have tried to prise him away from his Apple habit.

They even laugh at his dongles. Well, they are inherently amusing.

Still, he persists with his slow iPhone.

"What's it going to take you to switch?" screams LG through the characters in this ad. It's as if the company thinks it's done everything and you'd have to be a certified nincompoop or brain-frozen Apple employee not to go to the ThinQers' side.

In the ad, it appears that a selfie with Plaza might jolt Ryan out of his Apple torpor.

In real life, however, it may not be so easy. For the first time ever, the world's populace is buying fewer smartphones, not more.

People are settling for refurbished phones. They're also settling for phones that aren't top of the range. A lot of phones these days are really quite good.

Worse, the whole concept of switching has become much rarer.

In my travels around the U.S. chatting to phone salespeople, they've told me they have to work very hard even to broach the subject of changing from iPhone to Android or vice-versa. (Many salespeople, I've found, prefer Android because they can personalize it more.)

It seems that once you're in an ecosystem, leaving is simply far too much trouble.

Here, LG tries to impress with the notion that its phone has an "intelligent camera" and that it can help you buy sneakers. At the same time, it sniffs that Apple not only forces you into Dongle Hell, but also inserts too many updates. (Whereas Android doesn't bother updating its OS for years?)

Apple really is an overrated company, isn't it? But wait, doesn't that LG G7 ThinQ have a notch just like the iPhone X?

I fear all phone manufacturers are struggling to find truly new ideas. Hampered by technology itself and by the constant grind of annual releases, they try and dress things up and, if that doesn't work, they get a celebrity who'll hopefully mesmerize the numb.

But when was the last time anyone -- other than a besotted fanperson -- looked at a new phone and salivated at the mere prospect of touching it?

The phone-selling business is much harder now. Apple understands this very well, as it broadens its offering -- even to the point of allegedly preparing cheaper versions of the iPhone X. But it starts with a built-in, human-centric advantage.

LG isn't alone in lamenting humanity's foibles. Before Samsung and Android came along, Microsoft used to gnash its teeth at Apple's ability to make humans feel warm inside. This made Apple chuckle for years.

Recently, Redmond has tried to remake itself into a warm and cuddly pet that will play with anyone and it's beginning to make progress.

To sell, it really helps if you have a brand toward which people automatically gravitate, through the design of both its hardware and its software.

Ah, if only LG could release a phone with iOS inside. Ryan would leap at it, I'm sure. Even before Aubrey Plaza told him to.

Join Discussion for: iPhone loyalists are driving us crazy, admits...