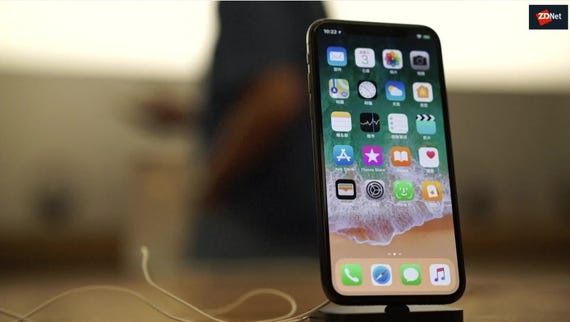 Hearing a lot of chatter lately along the lines of the "iPhone X being a flop" because buyers are put off by the price tag.

So, what's driving the price of the iPhone X? Is it the technology, or is it Apple's greed?

First off, I want to be clear that I don't consider the iPhone X to be a flop or a failure. I don't think that sales, when put in the context of previous iPhones at any rate, have been as stratospheric. It's no iPhone 6 Plus for sure. But compared to other smartphones out there, especially ones with such a jarring price tag, I've confident that sales are stellar, and I'm certain that any other manufacturer would be more than happy to have a "flop" like the iPhone X.

With that out of the way, let's consider the price.

Is this a crazy price for a smartphone?

Well, first off, that really depends on how you feel about spending that sort of money on a device. It's a lot of money. Keep the iPhone X for three years, and at the low end of the pricing that's a dollar a day the iPhone is costing you.

No doubt that's a lot of money, and $999 can buy you a lot of non-Apple tech (you could buy a decent smartphone and laptop, and still have change for a meal).

But what about the cost of the iPhone X from the standpoint of materials and components? Is the price tag one that can be justified?

Before we go any further, let me remind you that before the unveiling of the iPhone X that an iPhone 7 Plus with 256GB of storage would have set you back $969.

Just with that bit of extra information, all of a sudden the iPhone X's price tag doesn't seem so crazy. It's still a thousand dollars, but some iPhones have already been selling just shy of that psychological barrier for over a while.

OK, but what abut the tech? Well, we do have a bill of materials available, thanks to IHS Markit , and according to it, the 64GB iPhone X has a bill of materials price of $370.25. Of that, the AMOLED display with integrated Force Touch sensor costs a staggering $110

"Based on the BOM cost and retail pricing, IHS Markit believes that Apple is maintaining its typical hardware margins for the iPhone X. That gross margin may increase over time as manufacturing yields improve."

What that last sentence means is that over time, manufacturing iPhones becomes cheaper, not only because yields of components such as displays improve, but Apple also drives the price down on suppliers.

Also, bear in mind that the BOM costs are only a fraction of the retail price of the handsets, and that R&D and all the other myriad costs associated with bringing a product to market aren't included in this costing.

It's also worth remembering that the BOM for Apple products usually comes in at around a third of the retail price. The total BOM and manufacturing cost of the iPhone 7 at launch came to $220, with the handset retails for $649, so in reality.

Another thing to bear in mind is that Apple has no problem charging customers an arm and a leg for things that at a production level only cost a few dollars. A good example of this is storage. Apple charges $150 for the bump from 64GB to 256GB of storage, but in reality the price difference to Apple is going to be about $70 or so.

Still, the storage and RAM, which come to over $33, is the second most expensive parts in the iPhone X, behind the processors, which costs $27.

All those components add up.

So, while only you can decide whether spending over a thousand dollars for a smartphone is an outrageous waste of money or money well spent, from a technical point of view, it's certainly justifiable, and in line with how Apple does business. A big chunk of the price tag is down to over-engineering, especially when it comes to the display. And, as we'd expect from Apple, the company isn't shy about slapping one of the healthiest markups you'll see in the tech world on its products.

So, overpriced or over-engineered? The truth is a little bit of both.