Full Bio
Posted in Zero Day on February 16, 2020 | Topic: Cyberwar and the Future of Cybersecurity 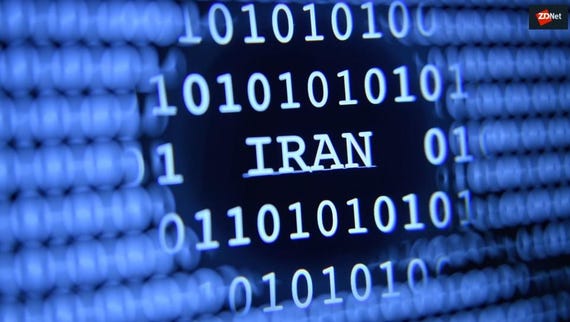 2019 will be remembered as the year when major security bugs were disclosed in a large number of enterprise VPN servers, such as those sold by Pulse Secure, Palo Alto Networks, Fortinet, and Citrix.

A new report published today reveals that Iran's government-backed hacking units have made a top priority last year to exploit VPN bugs as soon as they became public in order to infiltrate and plant backdoors in companies all over the world.

According to a report from cyber-security firm ClearSky, Iranian hackers have targeted companies "from the IT, Telecommunication, Oil and Gas, Aviation, Government, and Security sectors."

The report comes to dispel the notion that Iranian hackers are not sophisticated, and less talented than their Russian, Chinese, or North Korean counterparts.

In some instances, ClearSky says it observed Iranian groups exploiting VPN flaws within hours after the bugs been publicly disclosed.

Attacks against these systems began last summer, when details about the bugs were made public, but they've also continued in 2020.

Furthermore, as details about other VPN flaws were made public, Iranian groups also included these exploits in their attacks (namely CVE-2019-19781, a vulnerability disclosed in Citrix "ADC" VPNs).

According to the ClearSky report, the purpose of these attacks is to breach enterprise networks, move laterally throughout their internal systems, and plant backdoors to exploit at a later date.

While the first stage (breaching) of their attacks targeted VPNs, the second phase (lateral movement) involved a comprehensive collection of tools and techniques, showing just how advanced these Iranian hacking units have become in recent years.

For example, hackers abused a long-known technique to gain admin rights on Windows systems via the "Sticky Keys" accessibility tool [1, 2, 3, 4].

They also exploited open-sourced hacking tools like JuicyPotato and Invoke the Hash, but they also used legitimate sysadmin software like Putty, Plink, Ngrok, Serveo, or FRP.

Furthermore, in the case where hackers didn't find open source tools or local utilities to help in their attacks, they also had the knowledge to develop custom malware. ClearSky says it found tools like:

Multiple groups acting as one

Another revelation from the ClearSky report is that Iranian groups also appear to be collaborating and acting as one, something that has not been seen in the past.

The ClearSky report highlights that the attacks against VPN servers across the world appear to be the work of at least three Iranian groups -- namely APT33 (Elfin, Shamoon), APT34 (Oilrig), and APT39 (Chafer).

The treat of data-wiping attacks

Currently, the purpose of these attacks appears to perform reconnaissance and plant backdoors for surveillance operations.

However, ClearSky fears that access to all of these infected enterprise networks could also be weaponized in the future to deploy data-wiping malware that can sabotage companies and take down networks and business operations.

Such scenarios are possible and very plausible. Since September 2019, two new strains of data-wiping malware (ZeroCleare and Dustman) have been discovered and linked back to Iranian hackers.

Furthermore, ClearSky also doesn't rule out that the Iranian hackers might exploit access to these breached companies for supply chain attacks against their clients.

This theory is supported by the fact that earlier this month, the FBI sent out a security alert to the US private sector warning about ongoing attacks against software supply chain companies, "including entities supporting Industrial Control Systems (ICS) for global energy generation, transmission, and distribution." The ICS and energy sector has been a traditional target for Iranian hacking groups in the past.

The same FBI alert noted links between malware deployed in these attacks and code previously used by Iran's APT33 group, strongly suggesting that Iranian hackers might be behind these attacks.

ClearSky now warns that after months of attacks, companies who have finally patched their VPN servers should also scan their internal networks for any signs of compromise.

The ClearSky report includes indicators of compromise (IOCs) that security teams can use to scan logs and internal systems for signs of an intrusion by an Iranian group.

However, the same flaws have also been exploited by Chinese hackers and multiple ransomware and cryptomining groups.

Furthermore, taking into account the conclusions of the ClearSky report, we can also expect that Iranian hackers will also pounce on the opportunity to exploit new VPN flaws once they become public. Earlier this week, for example, security researchers published details about six vulnerabilities impacting SonicWall SRA and SMA VPN servers.

Join Discussion for: Iranian hackers have been hacking VPN servers...