Is Apple Pay really accepted at 1-out-of-2 retailers? Not in the real world

Apple claims that half of all retailers in the United States accept Apple Pay. While we couldn't visit all retailers, we did visit a random selection locally, which is a good reflection of what you might find. The results were not promising.
Written by David Gewirtz, Distinguished Lecturer on April 24, 2018 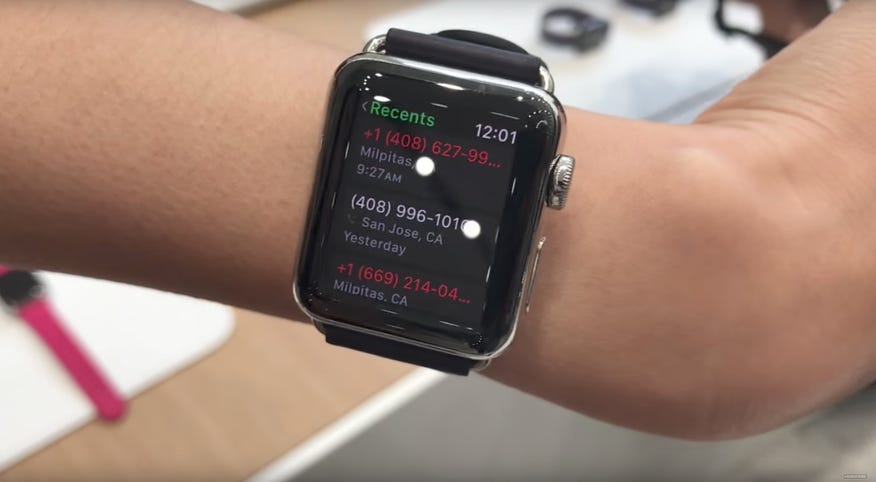 Video: A look at the Apple Watch 3

Apple Pay fascinates me. Because of the amount of travel my wife and I have been doing, we've been having some difficulties with credit card security. We've had a few instances now, in just the past year, where we've had to replace our cards.

While we can't be sure the hacks were due to skimmers, rather than just a breach at a retailer, Apple Pay (and its equivalent cashless tokenized transaction competitors) quite effectively remove one weak point in transaction security.

The only problem was that no one takes Apple Pay -- or at least that was my perception. Then, in January, Jennifer Bailey, Vice President of Internet Services, Apple Pay at Apple, speaking at a retailing show in New York, said that Apple Pay was accepted at one out of every two retailers.

I wasn't sure I believed that, so for the past few months, I've been putting that claim to the test. Since I'm not a particularly active shopper, it took me a few months to rack up a reasonable number of stores to test. At each store where I had a transaction to make, I attempted to do so using Apple Pay with my Apple Watch. Here's what I found out.

Cost Plus World Market: No. This is like a Pier One, with the addition of international snacks. When asked about Apple Pay, the cashier laughed and said the machines are old.

Fedex Store: No. Customer service person was great with mailing my express letter, but had never heard of Apple Pay.

GameStop: Yes. I wrote about GameStop last year as my first Apple Pay experience. This time, the sale went just as smoothly, the clerk was fully trained up on the process, and it was seamless.

Great Clips: No. I hate getting my hair cut. My wife says I revert to 7-year-old brat mode when it's time to get a trim. That said, the folks at the local Great Clips are patient and do a great job. They just don't know from Apple Pay.

Guitar Center: No. When asked, the cashier said, "I don't know, try it. I think they might have removed it, but you might as well try." Oddly enough, there was a sign under the terminal that said "PayPal accepted here."

Home Depot: No. Just no. When asked, the cashier looked at me with the sort of eye-rolling thousand yard stare only a 20-something can manifest. With a level of weariness reserved solely for those perceived to be terminally unhip, the clerk asked me a second time, "Debit or credit?" For the record, I've been in this Home Depot many times, and there are a lot of very friendly and helpful employees there as well. I was amused.

Lowes: No. No eye-rolling from this 20-something. Just a pleasant smile. The clerk told me, "I wish we did. It's cool. I like the watch."

PetSmart: Yes. The checkout person was well-aware of Apple Pay. The transaction went smoothly. However, the independent veterinary service chain, Banfield Clinic, accessible from within the PetSmart (both here in Oregon and back in Florida) did not accept Apple Pay.

Petco: Yes. Petco is the other big-box pet supply chain, and they, too accepted Apple Pay. A simple tap of my watch on the display and the transaction went through.

Roths: No. Roths is an Oregon-based supermarket chain with a great fresh fruit and vegetables section, along with tasty, but aggressively-named baked goods (i.e., Glazed Pershing, Chocolate Bizmark, and Tiger Tails). The clerk claimed the company takes Apple Pay, but they were not listed on Apple's list and the payment did not work.

Safeway: No. Last year, Safeway claimed Apple Pay was rolling out, but it's not here yet. On the other hand, my cashier said, "You have to hit the right corner. I saw one lady do it." I tried all the corners (and everywhere in-between) and Apple Pay does not work in my local Safeway.

Staples: No. According to the clerk, "We support Apple Pay, but it's not working now." Hasn't been in the two subsequent times I visited, either.

Walgreens: Yes. The checkout person was very aware of Apple Pay and how it worked. The checkout device had a large, visible sensor. The transaction here worked easily.

Walmart: No. The checkout clerk had her own theory. "We probably want to do our own version so we don't share any of the money with anyone else." It's always fun talking to the real people on the front lines.

I tried Apple Pay at sixteen local stores. It worked at just four of them. It actually seemed like something of a futile effort, because more often than not, the store clerk just looked impatient with the man playing with his toys.

Also: The Apple Watch 3 is awesome

When it worked, Apple Pay was a joy. But since it's so rare, it's almost embarrassing to pull out and fiddle with.

Most of our local restaurants had no facility for Apple Pay. Many are still of the form where you have to hand your card to a server or to a cashier who rings up the total behind the register. The one non-chain exception to this was a local gyro shop who had a Clover payment system, which worked very well with Apple Pay.

In terms of chains, here are a few anecdotal experiences.

Jamba Juice: Yes. It was easy and the smoothie was good.

Chipotle: Not so much. Our Chipotle tends to be a bit daft. Orders are often confused and the folks working there have a perpetual air of confusion. There was a big sign encouraging customers to get their app and pay with Apple Pay, but the payment area was behind the counter. You had to hand your card to the clerk. When I asked about Apple Pay and pointed to the sign, he said "You have to hand me your card."

A&W/KFC: Yes. Our store is some sort of genetic hybrid where you can order both fried chicken and A&W root beer. That epicurean combination works for me, but preferably no more than once a year. That said, the store had an Apple Pay icon and tapping the pay console worked like a champ.

Starbucks: Yes. Payment was easy inside and one of the workers said that if I really wanted to use Apple Pay from the car, they would try to pass the sensor out, but it probably wouldn't reach. That's an A for effort.

Willamette Valley Pie Company: No. Okay, to be fair I never expected this little bit of heaven to be wired for Apple Pay. But since they sell really awesome pie (and a not-bad grilled cheese sandwich) among the horse farms, they get points (and some free PR) just merely for existing. While they don't have Apple Pay, they do make a killer apple crumb pie.

The only way that Apple VP could have possibly been able to say that half of all retailers use Apple Pay was through some very twisty-turny math. Where Apple Pay was accepted, it was easy and safe to use. But my experience was that trying to ascertain availability of, and then pay with, Apple Pay was far more hassle than it was generally worth (and folks behind you in line give you the evil eye every time).

Smart Watches
Tech jobs: These are the 10 most in-demand developer, cybersecurity and cloud roles