My wife and I started using Google Voice a little over four years ago, when we were beginning the process of moving our home and business. Back then, we were old school. Our main business line was a land line, as was our main family line.

We both had mobile phones, but we used them mainly to talk to each other. Carrier signal quality here in the bowels of Central Florida was generally terrible, which was why we relied so much on the land lines. Neither of us had sent text messages. I had an iPhone 3G and my wife still had a feature phone.

The move changed all that. Our new house was a big six-month fixer-upper project (just to get moved in) and we were always travelling between the two locations. For anyone to get in touch with us, we had to find a way to be reached.

Google Voice was the obvious choice. We ported our main land line numbers to Google Voice, routed calls coming in to either of our phones, and started texting like teenagers (keeping in the loop with contractors turned out to be hugely easier with texting).

But that was then, and this is now. I wrote a long series of articles on Google Voice and I'm certainly relying on it. But as we approach a new phone buying season, it's time to acknowledge many changes and ask if Google Voice is still relevant.

In the intervening four years, a lot has changed. We originally put land lines into the new house as well, but the quality deteriorated so "can you hear me now?" was often as prevalent on the land line as it was on our smartphones. 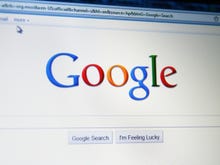 For quite a while, we had a Frankenstein combination of land lines, Internet phone to traditional POTS handset devices, and more. It generated a constant level of annoyance. This was during our iPhone 4/4S contract period on AT&T.

When we finally bought our Samsung Galaxy S4s a little over two years ago, a lot changed. We both had very powerful smartphones (long in the tooth now, but wowza back then). Plus, even though it is still spotty in some parts of the house, we can actually make and receive reasonable quality calls through the cell system without a femtocell.

Rather than having two lightly used iPhone 4 vintage phones and a lot of more traditional handsets scattered throughout the house, we now carry our Android phones everywhere. My wife has a Bluetooth necklace thing she loves, and can answer calls from almost all over the house without moving her phone.

Google Voice has proven enormously helpful in some ways, and a struggle in others. Oddly enough, Google Voice does not interface well with add-on Android devices like wearables and even Google Now, so you can't tell your phone to "text my mom" and have it sent using the Google Voice number (now the only number we ever give out) rather than the phone's native number.

In fact, poor outgoing-number integration has caused difficulty with my wife's Gear Live smartwatch. She was very excited when we got it, but it mostly sits unused because it has absolutely no integration with Google Voice. The outgoing number it uses is the phone's native number as well.

Our contract has been up on the Galaxy S4s for a few months and we're looking towards the new season of smartphones.

Which features are still relevant?

To that end, let's look at many Google Voice features and see how unique or relevant they are today.

Free U.S. calling: This was a big deal back in 2011, but almost all of us have unlimited calling plans on our smartphones. No longer relevant.

Low-cost international calling: This was another big benefit back in the day, but you can get inexpensive international-to-phone calling via Skype and most carriers now have aggressive plans. No longer relevant.

Voicemail transcription: We still use this to take a look at messages before listening to them. But given how silly Google's translation algorithms are, transcription is of limited usefulness.

There are rumors iOS will have this feature via Siri in iOS 10, and you can pay for a similar service using YouMail for $5/mo, but nothing seems to match Google Voice's flexibility. Still relevant, if low priority.

Incoming call blocking: This is our single, most-cherished feature of Google Voice. Living in Florida, 90 percent of our incoming calls are spam. We have carefully-curated block lists of numbers and Google Voice handles it quite well.

However, there are Android apps that do this and iOS 8.3 added call blocking to the native iOS functionality, so you don't need Google Voice to get this done. No longer a unique feature of Google Voice.

Incoming call routing: Google Voice calls this a Unified Google Voice number, but what it really means is that calls coming into one number can ring on as many different numbers as you want to configure (like your land line and your mobile phone).

In the old days, a call would come in and ring at home and on the smartphone. Not only did this prove incredibly annoying over time, but since we now only use smartphones and very few people still use landlines, it's no longer particularly important. In addition, both Android and iOS now have built-in call forwarding. No longer relevant.

Personalized greetings: The idea here is that when someone calls you and it goes to voicemail, you're able to set a particular recording to play to an individual or group. That way, your super-serious work message doesn't have to be heard by your friends, your parents get an "I love you guys" message, and clients don't have to hear you brag about your favorite team.

But, as with the voicemail capability above, how many of us use voicemail anymore? Friends rarely leave voicemails (they just text). Work stuff mostly comes in via email or Hangouts. There is the occasional voicemail, but there's not enough there to need to set up customized greetings. No longer relevant.

Enhanced SMS: Google Voice provides a number of features that I'm going to bundle under the category of enhanced SMS. These include the ability for SMS to forward to an email address and the ability to participate in an SMS conversation with an actual keyboard on a desktop.

There is a product for iPhone called myPhoneDesktop that provides something of a desktop interface for iOS messages. Otherwise, not much. On the Android side, you've got both Hangouts and PushBullet. If you use your Google Voice number, Hangouts is your friend. If you're using your phone's native phone number with SMS, then PushBullet has you covered.

Here, it's a wash. This feature is still very relevant, but continues to be so poorly implemented, it's almost not worth using.

Shared voicemail: Google Voice lets you email a voicemail message to someone else. It's quite nice, but I use it maybe once a year. Unless you buy something like YouMail, it's pretty unique to Google Voice, but necessary? Not really. Barely relevant.

So do you need to factor in Google Voice when picking your new phone? Maybe. Here's the decision tree:

Here's the bottom-line: If you are a voicemail fiend, then Google Voice is probably important to you. If you have a lot already configured in Google Voice (like blocked numbers), you may choose to stay. Otherwise, Google Voice may not only not be all that relevant anymore, but if you want to use any new accessories, it might be a liability.

Will I drop Google Voice? Probably not right away. But we've been inconvenienced by the lack of support for wearables and Google Now, so there's a good chance that sometime this year, we will.

I'll tell you this: I'm not nearly as worried about what we'll do if Google ever decides to drop Google Voice. As long as we port our numbers off early enough to not lose them, the rest of the service is no longer nearly as mission-critical to us as it once was.