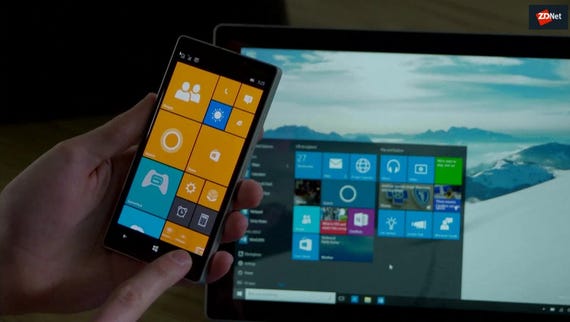 More than two centuries later, those words still ring true, especially with this troubling caveat behind them: Whoever controls the underlying data can all too easily influence the resulting "facts."

And if the data is inaccurate or incomplete, facts go completely out the window.

This month's case in point is a two-week-old story that has not aged well, frankly.

A flurry of headlines at the end of May reported that Microsoft's latest Windows 10 feature update had been installed by half of all eligible PCs in less than a month.

That number was not even close to accurate, and the actual adoption rate was probably less than half of what that estimate claimed.

The facts were bad because they were based on questionable data from a small Windows app cross-promotion network called AdDuplex. As I noted at the time, "a closer look suggests that the data behind that report is, to put it charitably, weak."

Today, thanks to a bit of chest-thumping from Microsoft, we have some better data. "The April 2018 Update is officially the fastest version of Windows 10 to reach 250 million devices, achieving that mark in less than half the time it took the Fall Creators Update," officials said in a blog post yesterday.

With an announced installed base of roughly 700 million active users, that means Windows 10 version 1803 has now reached about 35 percent of all devices eligible to receive the upgrade after six weeks in general release.

That's impressively fast: a pace of 5-6 million devices per day and roughly 40 million PCs per week. At that pace, on May 29, when the headlines said this version of Windows had reached more than half the installed base, the actual number was closer to 20 percent.

So, not even close.

Read also: How Microsoft used AI to speed up its April 2018 Update roll out | CNET: Microsoft's obsession with Windows is ending, and I couldn't be happier | TechRepublic: How to lock down the Settings app in Windows 10

Of course, Microsoft could have knocked down this story the day it came out by sharing the real upgrade data. Those telemetry dashboards keep very precise numbers, and it would have taken only seconds to look them up.

In fact, for a company that brags about its big data and its AI skills, Microsoft is disappointingly reluctant to share details.

The company only reveals numbers about the adoption rate for Windows 10 when it fits into a convenient narrative for them. Momentum stories feed the news cycle, especially around major events like the Build developer conference. 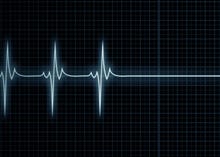 In 2018, Windows died at home and nobody cared

While Microsoft's desktop operating system continues to be a key fixture of enterprise computing environments, it faces extinction at home. And Redmond seems perfectly fine with that.

I have no reason to doubt that those numbers are true, but they're also based on cherry-picked data and are context-free.

In this case, the data's so limited that it's impossible to fact-check Microsoft's assertion. You can take their numbers on faith or reject them out of skepticism, but you can't verify them.

And among people who support Windows 10 machines in business settings, I'm sensing that they don't have the same trust in this new feature update, or indeed in the patching process itself.

A feedback post by a Windows MVP titled "Patch quality and loss of trust" has received more than 500 upvotes (note that the post can only be viewed in the Windows 10 Feedback Hub app, and only if you are signed in with an account that's registered with the Windows Insider Program):

Surface devices should not BSOD on 1803. Enterprise detection of May updates should not need metadata revisions. We should not be losing Nics in various platforms. We should have trust in the updating process that would let us feel comfortable in installing updates the week they come out not mandate that all of us are waiting and seeing what issues occur.

We, the patching community, your customers have lost trust in your patching processes.

My colleague Mary Jo Foley, for example, says she's hearing noticeably more negative feedback about this release: "I have received a lot more questions and complaints from readers about the April 2018 Update than I did about the previous two updates."

That's to be expected, of course, given the steady growth in the installed base of Windows 10, which is growing by more than a hundred million PCs a year.

Even a very small percentage of problems in a population that large is a very big number, capable of creating an awful lot of anecdotal data points.

So maybe what's happening now is normal. Or maybe it's not. We literally have no way to check.

I wish Microsoft would be radically more transparent about the data it shares, but I doubt we'll see that happen soon. Instead, thanks to the company's stubbornness, we'll be forced to choose between bad data and incomplete data.

Microsoft officials said the Windows 10 April 2018 Update is rolling out to all compatible devices now, two-and-a-half months after its phased rollout bega

Windows 10 upgrade problems: These are the biggest hassles you face

Over half of users in a consumer survey claim they have experienced problems after upgrading to Windows 10.

Has Microsoft accelerated its latest Windows 10 rollout? Not so fast.

A flurry of recent headlines report that Microsoft's latest Windows 10 feature update has been installed by half of all eligible PCs in a mere three weeks. A closer look at the data suggests this is highly unlikely.

FAQ: Here's what you need to know before you repair, reinstall, or upgrade Windows 10 including details about activation and product keys.

Join Discussion for: Is speedy rollout of Windows 10 version 1803...