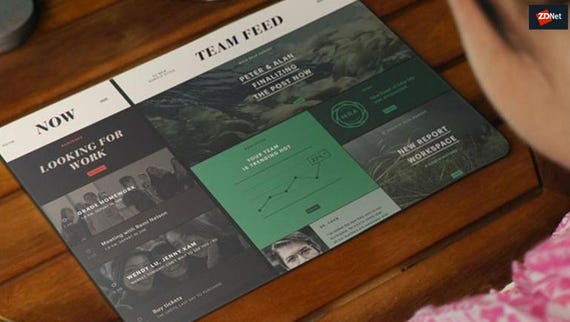 But there are signs Dell could soon join the Arm scene with a dual-screen Windows 10 device like the ones depicted in Microsoft's recent hinge patents, which keep afloat speculation about Microsoft's Andromeda device.

Winfuture.de reports that it's seen documents detailing a Windows 10 on Arm Dell device codenamed 'Januss', a two-screen machine the computer maker has been working on for the past year. That would be a suitable name given that Janus, the god of beginnings in Roman mythology, is represented as having two faces.

Dell would also reportedly make its Windows 10 on Arm debut with a Snapdragon 850, which hasn't been announced, but according to the publication is the chip that turned up on Geekbench results recently and is thought to be the Snapdragon 845 for Windows on Arm.

WalkingCat notes that the program simulates Dell's two-screen mobile device PCs, but you need two PCs to run the left and right panels.

According to Winfuture.de, Januss is being developed by Dell's ODM partner, Compal. Sensors such as an accelerometer and gyroscope said to be in the device suggest it is a tablet or possibly a phone rather than a notebook, but it's not known exactly what form factor the device uses.

If any of these developments comes to fruition, Microsoft should have four Windows on Arm partners on board, including Dell, HP, Lenovo, and Asus.

With the newer Snapdragon chip on board, the devices could be significantly faster than the first generation of Windows on Arm devices, which start at $599 and do offer long battery life but performance-wise only match laptops with low-end Intel CPUs.

Join Discussion for: Is mysterious Windows 10 on Arm dual-screen...