Is the PlayStation Doomed?

Sony, putting aside the human toll of massive restructuring, is a fascinating example of the carnage happening in the business world today, and the stifling of innovation in large companies. Today's multinational conglomerate had humble origins in post WWII Japan: Masaru Ibuka started a radio repair shop in a bombed-out building in Tokyo, and was joined by his colleague Akio Morita a year later.
Written by Oliver Marks, Contributor on Jan. 6, 2009 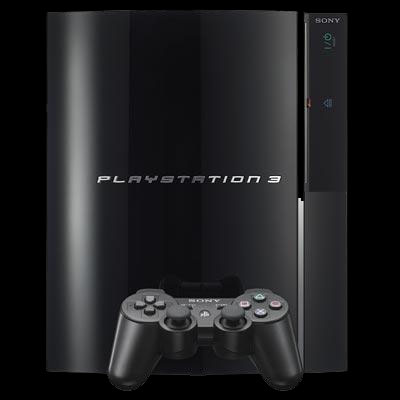 Sony, putting aside the human toll of massive restructuring, is a fascinating example of the carnage happening in the business world today, and the stifling of innovation in large companies. Today's multinational conglomerate had humble origins in post WWII Japan: Masaru Ibuka started a radio repair shop in a bombed-out building in Tokyo, and was joined by his colleague Akio Morita a year later.

These two innovators built Japan's first tape recorder and went on to experiment with transistors, a new invention at the time. The resulting transistor radios and subsequent creativity produced an explosion of consumer and professional products synonymous with quality. It's hard to overstate how innovative the company was in its youth: even the name Sony - a made up word which could be copyrighted and was one of the first global consumer brands - was hugely controversial in Japan, where it was unheard of not to have a company name in Kanji, and wildly creative and attention getting in the western world.

So how did this creative dynamo deteriorate into the opaque bureaucracy that is Sony today - a company which is ubiquitous on the planet but unfocused compared to for example Apple, who claimed the next generation of personal audio - and the massively lucrative content market - after Sony's hugely successful WalkMan?

The most played games console on the planet last year was the PlayStation - but not the PS3, the PS2, which has a massive installed base.

Worryingly for Sony though, this is rear view mirror stuff in terms of strategic planning and significant fresh profits in the future. In the modern era, this time it's hard to overstate how hard Ken Kutaragi, 'The father of the PlayStation' had to hustle inside Sony to get the original PlayStation skunk works project off the ground back in the late '80's, as documented in John Nathan's 'Sony - The Private Life' book. PlayStation was a multi billion home run in the 90's and arguably Sony's last major innovative consumer product, propelling the renegade Kutaragi to near the top of the global Sony command and control hierarchy. As PlayStation matured, the next generation PS3, replete with the proprietary technologies and DRM technologies Sony are currently synonymous with, was launched. In November 2006 enthusiasts waited until midnight to buy this exciting next generation PlayStation on launch day, fighting for available product and with robberies occurring as people left stores, such was the demand.

Seems a long time ago now, with the PS3 firmly in third place in the console world behind the lightweight (and priced) Nintendo Wii and Microsoft's Xbox 360, and PS product stacked on the shelves of retailers. In 2005 Kutaragi was demoted and is now ceremonially the Group Executive Officer of the Sony Computer Entertainment gaming development division - the blades that make all the money if you think of the PS3, which costs more to make than it retails for, as the razor.

Where the XBox 360 is relatively easy to develop games for, the PS3 is considered a mysterious black box. In many ways this lack of transparency, along with Sony's Darwinian, Samurai warrior style of adversarial competitive internal and partner bureaucracy, are the cultural aspects most urgently in need of fixing.

Today, Sony is at an inflection point, with massive upheaval and potentially entire divisions being closed or sold, one of which could conceivably be PlayStation. As is the case with most mature companies, there is lots of dead management wood a fire in the metaphorical capitalist forest would wipe out, which would clearly be a good thing for the health of the business, but the cultural issues run deeper than that.

The analysts - who think Sony have left it much too late and see carnage ahead - broadly want Sony to focus on driving earnings in the content business. Sony's current president Howard Stringer appears to be increasingly winning the backing of investors to take on the old guard and clear out some of the legacy management thinking.

The challenge is Sony's current lack of success in the content business - video games, films, music - and now also of the electronic vehicles they create to play that content (TV,s Blu-Ray, PlayStation). There is a startling lack of symmetry between Sony's many divisions for cross pollination, in fact there are many stories of open hostility and antagonism between silos and fiefdoms. Clearly this must change, and doesn't bode well for the sort of innovation needed to drive both the player and the content sides of the equation. A Ken Kutaragi today would have a hard time rising through the political ranks, and a bland lack of creativity in content (remakes of films, 'shoot 'em up version VIII' game franchises don't capture the consumer's imagination in tight times).

ZD Net editor Larry Dignan wrote before the holidays about the need to break vast companies into smaller, nimbler entities. The challenge for companies like Sony is not just this, but allowing those units to collaborate effectively together, however disparate.

It is globalisation versus insularity; it is shareholder interests versus “the Japanese way”; it is, ultimately, change versus stagnation.

The question on everyone's minds, as Sony decide what to chop and how, is what happens after that - how Sony revert back to being the innovative, open and dynamic company of their youth.