Is the world ready for cross-platform quantum programming?

Harvard's Prineha Narang and colleagues hit upon a neat way to compile programs to emerging "noisy" quantum systems, and now they've commercialized the work in a startup Aliro. The company tells ZDNet that the business world is chomping at the bit to get "quantum value" even before such systems reach full-scale commercial deployment.
Written by Tiernan Ray on Sept. 18, 2019 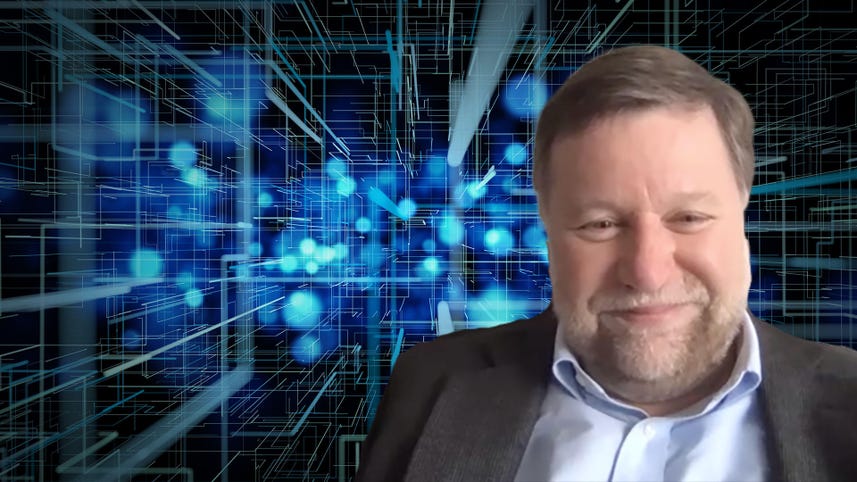 ZDNet was skeptical when presented with the call to arms of software startup Aliro Technologies, namely to "democratize" the programming of quantum computers.

After all, it seems most quantum machines these days are mostly a proof-of-concept affair, primitive devices that have a hired time "maintaining" coherent states for very long and can't scale beyond perhaps a dozen qubits.

But perhaps ZDNet is too skeptical, according to Jim Ricotta, who joined the startup this year as chief executive after years working at established tech firms such as IBM, Cisco, and Avid Technology

"I was skeptical when I joined in May, but there's a lot of activity going on, business users starting to realize what some of the use cases are," says Ricotta, in an interview this week with ZDNet. Ricotta, who has an MBA from Harvard, is on his fourth startup venture.

Aliro is developing a SaaS software program that developers will be able to use to compile programs to quantum computers. The company Wednesday came out of stealth mode to announce the effort, although the company is only at an alpha stage now, and plans to open a beta program at the end of this year, with a full commercial product going live sometime "early next year."

The work of the ten-person startup has received the endorsement of heavy hitters, including venture capital firms Crosslink Capital, Flybridge Partners, and electronics giant Samsung's "NEXT Q Fund" venture capital unit, which have collectively put in a seed round of capital to Aliro totaling $2.7 million.

"We have been looking at this for four years," says Ajay Singh of the Samsung Q Fund, referring to the progression of quantum hardware from theory to practical efforts. "Quantum computers are like the computing industry of the 1940s and 1950s, with people not knowing how to access all these different architectures," he says. "There is a fundamental need for a software layer to abstract all of that."

The solution hit upon is a beautiful application of a decades-old approach to optimization, developed by founder Prineha Narang. Narang, who is an assistant professor of computational materials science at Harvard's John A. Paulson School of Engineering and Applied Sciences, serves as Aliro's chief technologist. Narang and colleagues came up with a way to compile logical circuits, or "qubits" to the physical qubits of a quantum machine. To do so, they borrowed from a breakthrough first outlined in 1983 in Science magazine by IBM researcher Scott Kirkpatrick and colleagues.

A process called "simulated annealing" treats a bunch of factors in a problem as if they were a substance that is heated to a high temperature and then allowed to cool down. As the material, or in this case the factors of a problem, cool, so to speak, they start to take on a configuration that could be the solution to a problem. An example is how to organize components on a printed circuit board. Rather than designing a solution by thinking a lot, the simulated annealing approach just boils all the factors and then lets them cool till they find their level in an ideal configuration, like a material seeking its level.

This process of finding a "global minimum" of energy has broad applicability, and Narang and colleagues figured out how to anneal the logical circuits to align them optimally with the available qubits. To this, they add a classic search technique, a "shortest-path-first" traversal of a directed graph, known as  Dijkstra's algorithm. The mash-up is described in a paper posted in July on the arXiv pre-print server titled "Qubit Allocation for Noisy Intermediate-Scale Quantum Computers." (A second paper, "Introducing Control Flow in Qubit Allocation for Quantum Turing Machines," provides additional useful details.)

It's a nifty application of a 36-year-old solution to a new problem, and it shows there are interesting cross-currents between quantum and fields such as artificial intelligence. Modern forms of "stochastic gradient descent," the main approach to optimizing deep learning networks, emerged from Kirkpatrick's work.

Supposedly, the whole kit has brilliant GUI programmers can work in, though screenshots are not yet available. The program can work in popular environments such as Jupyter Notebooks.

But where are these programs to be run, with very limited qubits available these days?

Actually, there are more options than you might think, insist Ricotta and Singh, and more on the way. IBM has 20-qubit systems that most anyone can get access to if they want, and those systems will be moving to 50 qubits next year.

Berkeley-based startup Rigetti is developing cloud-based quantum computing, with 24 qubits now, but heading to 128 qubits, says Ricotta. Another important startup is Quantum Circuits of New Haven, he notes. Industrial giant Honeywell has a team working on its "Ion Trap" system, he notes. And then there's Ion Q, working with "trapped ion" quantum technology.

Ricotta sees a progression, with the supercomputing versions of things, such as IBM's 20-qubit system, taking the lead, and then the trapped-ion systems becoming practical sometime in the next six months.

There won't be tons and tons of machines anytime soon, but there will be hundreds of systems that can be used in the very near future. "It's not going to start in ten years, it's going to start next year," says Ricotta.

If he's right, then the bottleneck to working with quantum is not the physical qubits, but the problem of how to take advantage of what is already available and becoming rapidly available. At least, that's the Aliro bet.

"Right now, the choke point is not hardware," he insists, "but the NISQ nature of things, the fact those qubits are noisy and coherence is less predictable than you would like.

"We are going to solve major choke points by being noise-aware, and knowing how to assign logical to physical qubits in the machine, so we're going to help with turning that algorithm into a quantum program." The Aliro code can also run on "simulated" quantum computing, where it runs strictly on a classical computer and the ultimate quantum circuits are simulated by the CPU, says Ricotta. That could expand the utility of the program.

Still, how big is a market to program machines that thus far have only worked on toy problems?

It's a "giant TAM," says Ricotta, using the Wall Street jargon for a "total addressable market." While quantum machines are still immature -- the field refers to "noisy, intermediate-scale quantum," or "NISQ," machines -- that hasn't dented the enthusiasm of enterprises to get moving.

"Quantum value is the name of the game," says Ricotta. "I've learned that from being in this space for six months.

"We can remove significant roadblocks from businesses and developers getting that quantum value." Researchers talk about "quantum supremacy," the notion that quantum computers might one day solve problems that are beyond the practical resources of classical computers. That will take thousands, perhaps tens of thousands of qubits, something far in the future, Ricotta knows. But businesses are more focused on doing some work on problems to see what near-term results they can get long before supremacy becomes a reality.

"I hear business users talking now about getting quantum value," he says, "to get a significant speed up, to get better results -- we want to bring that point of quantum value much closer to businesses."

Samsung's Singh is in agreement. "The last 18 months, there is a lot of interest from parties such as oil and gas companies, there are a lot of algorithms being adopted already."

Probably, says Singh, the market will evolve in rapid fashion as a combination of classical and quantum computing.

"It's going to start in a hybrid fashion anyway," he says. "You will see a bulk of classical computing, and some critical pieces where the search space is massive, and you need that parallelization of the quantum computer." It's the old 80-20 rule, in Singh's view, but "in a year, you will see more of that 20% [that is quantum] being utilized to the brim."

As a business, how fast can Aliro expect this thing to ramp?

"Well, it's a little hard to say," says Ricotta. "I don't like to predict hockey stick, we're expecting more of a modest ramp." But high-performance computing, he notes, is big in general. "We just have to provide the access, and then we'll let it ramp from there."

Computers & Tech
Are consumers ready for drone delivery? Maybe, but will they pay for it?