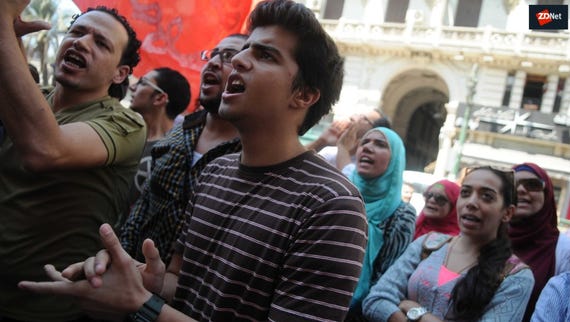 Israel is sometimes called the 'startup nation' – after a best-selling business book of the same name. "Israel has about 4,000 startups, and raises venture capital per capita at two and a half times the rate of the US and 30 times that of Europe," the World Economic Forum noted, while Tel Aviv has the highest number of startups per capita in the world after Silicon Valley.

The reasons for these figures include the transferable lessons derived from compulsory military service, attitudes to risk, as well as the impact of local political and economic isolation.

Because the country is unrecognized by most of its Arab neighbors, Israeli companies must develop relationships outside the region. And as OECD data reveals, the country spends more money on R&D – as a proportion of its economy – than any other nation in the world.

A highly urbanized country, 82% of the population is online, mobile subscriptions exceed 116%, and the Pew Research Center ranked Israel second for smartphone ownership with 88% and top for social media use, 77%, among the 27 countries featured in its Global Attitudes Survey.

These conditions have helped lay the foundations for 'Silicon Wadi' and a growing digital economy. A 2012 article in the Economist revealed that "Israel attracts far more venture capital per person than any other country – $170 in 2010 to America's $75". In the first half of 2019, Israeli high-tech companies raised $3.9bn in 254 deals, with artificial intelligence (AI), cybersecurity and fintech, being the most popular investment verticals.

Back in 2017, ZDNet profiled Gaza Sky Geeks' successful crowdfunding campaign to launch Gaza's first coding academy. Some of these monies were used to buy a generator and fuel, so that coders and entrepreneurs could continue to work during power outages.

Access to other essential services can also be limited. Although mobile providers were able to finally launch 3G services in the West Bank in 2018 – some 14 years after Israel – they remain unavailable in Gaza, due to "security concerns".

This inevitably impairs the ability of Palestinian consumers and businesses to benefit fully from the opportunities that this technology affords. Meanwhile, Israel is already tendering for 5G providers.

Palestinians also contend with a wide range of other challenges, including high levels of poverty, water pollution, and property destruction. Many of these issues are compounded, as a 2018 paper from the International Labour Organization (ILO) noted, by "the sheer lack of employment opportunities".

Despite those disadvantages, a wide range of startups can be found in Palestine; and information and comms technology have been identified as a potential means to help address many of these socio-economic issues.

As the journalist Naomi Kundera explained in an article for the Ramallah based Palestine Monitor: "Lack of mobility faced by Palestinians further adds to the appeal of building businesses based on the internet. Because there is no physical import and export – everything is dealt with on the virtual cloud – tech startups can bypass the occupation and its control of Palestine's borders."

Sadara Ventures, Palestine's first early-stage, IT-focused venture-capital company, launched in 2011; and the World Bank has identified "about 20 accelerator programs that accelerated domestic startups in the West Bank and Gaza".

"This is a large number of accelerator programs for the size and maturity of the ecosystem," it notes, highlighting "donor and public funding, which do not always follow market rules of demand and supply," as well as "involvement of international accelerators, including Startup 500, MassChallenge, Techstars, and Oasis 500".

In addition to this, the Palestinian startup ecosystem has one of the highest rates of female entrepreneurs, and "in comparison with Lebanon and Dar es Salaam, Tanzania, two relatively similar ecosystems, West Bank and Gaza startups are significantly quicker in terms of obtaining credit, hiring employees, and renting an office".

Nonetheless, the World Bank also observed that despite being well educated, "the bulk of founders have limited managerial experience, resulting in limited business acumen".

Although very different in terms of their maturity and scale, the tech sectors in both Israel and Palestine face long-term structural challenges, and potential interdependencies may need to be forged if these issues are to be addressed.

The Wall Street Journal reported that the Israeli government predicts a significant shortfall of software developers, which is now put at 18,500 engineers, noting: "An intense labor shortage is pushing Israeli tech firms to hire Palestinians in the West Bank, establishing new economic links between the two sides despite persistent political tension and the continuing absence of a peace agreement."

These prospective employers "are cheaper, ambitious, work in the same time zone, and – surprisingly to many Israelis – are remarkably similar to them," says the Associated Press, citing the experience of both local and international companies, such as Cisco, HP, Intel, and Microsoft.

Another of these Israeli companies, Mellanox Technologies, which was purchased by Nvidia for $6.9bn in 2019, "offered stock options to more than 100 Palestinian engineers in the occupied West Bank and Gaza Strip when it hired them as contractors", reported Arab News. These options, Reuters observed, will be worth around $3.5m.

SEE: Microsoft to launch its first cloud region in Israel in 2021

"This is clear, to almost the entirety of the Israeli political spectrum, that it does not do us any good in Israel to have our next-door neighbors be poor, unemployed and desperate," Israeli venture capitalist Yadin Kaufmann told the Jerusalem Post.

A co-founder of Sadara Ventures, he is also the founder and chairman of the Palestinian Internship Program (PIP), an initiative that offers short-term internships in Israel for recent Palestinian and Israeli Arab university graduates at tech firms like Intel, Thomson Reuters, HP Indigo, and Tev.

"People in this region, and especially when it comes to politics, are used to thinking in terms of a zero-sum game. On political issues, if the Palestinians gain something, it's because we have to concede something," Kaufmann said.

"And it may be something that's very difficult to give up. When it comes to business and economic development, things are not zero-sum games. They can be win-win solutions."

Join Discussion for: Israel and Palestine: How software developer...