IT budgets: If money was no object, how would you spend it?

From supporting digital inclusion to boosting customer engagement, four IT leaders explain what they would do with a big cash injection.
Written by Mark Samuels, Freelance Business Journalist on Sept. 12, 2019 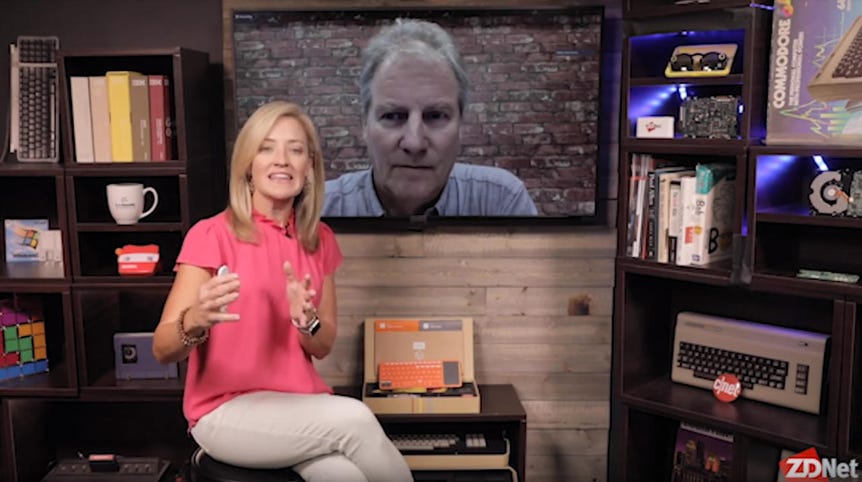 Gartner says global IT spending is set to increase by 1.1% this year, but even those minor rises come with major strings attached. Line-of-business executives now take a big interest in the way technology is procured and used – and the decisions that IT leaders make are under more scrutiny than ever before.

But what about if your CEO turned a minor increase in your IT budget into a major investment? How would you use technology to create a strategic advantage for your organisation? Four CIOs explain how they'd splash the cash if money was no object.

Dylan Roberts, chief digital and information officer at Leeds City Council, says he would direct funds towards digital literacy. The UK city has an aspiration to get 100 percent of its citizens online. Roberts says people who can't use technology will be excluded in the future, but it's also a significant issue right now.

"So, I would create a foundation of opportunity for everyone," he says. "If you can get people online in their context based on the things they want to achieve, the value is potentially huge. Digital can help transform lives, particularly for those who are most excluded. By focusing on exclusion, you open the world to everyone."

Roberts says that effort requires significant coordination. The current target in Leeds is to get 8,000 people a year who are digitally excluded and make them digitally included. Roberts says he only has four co-ordinators at the moment, but his team also works with 70-plus third-party organisations. These specialist partners help people – such as the elderly – to get online and to do the things they want to do.

"We believe everyone can get involved through that locality-based ecosystem – all we are is the convenors," says Roberts. "But if we could give grants to train people on technology, then I think that change could make a massive difference. People might talk about spending £3,000-plus on something like HoloLens, but just think about how you could use that money to empower the people who deliver digital inclusion."

2. Make the most of the public cloud

Kieran Delaney, director of IT at drinks-dispensing specialist Innserve, is keen to create a more self-sustaining IT department, whose use of bespoke applications and the cloud helps boost operational certainty. So if he could invest in anything at the moment, it would be in the area of cloud services.

"I think that you can already see that there's a clear adoption strategy for most businesses," he says. "I think private clouds are going to be less and less important over time. I think they'll become far more of a niche thing."

Delaney says he would use the additional cash to invest in his firm's burgeoning Microsoft Azure platform. While emerging technologies like self-driving cars and blockchain might be worth exploring, he says an investment in the cloud would bring tangible benefits right now.

"With technology we're always looking at things that we assume are closer than they actually are," he says. "I think there's probably still quite a lot of hurdles and infrastructure that needs to be in place with some of those things. I also think I'm quite risk-averse, so I'd probably go for the safe bet and go for something like public cloud adoption."

"I'd spend it on ways to allow the staff that I have to innovate more, to go to market more, to spend time at expos and to listen and learn," says Foote. "I really try to encourage my staff to do that as much as I can but, at the end of the day, I still have a service to provide. We want to make sure the service we provide is really strong and I want to get great feedback."

Foote says the team's business model relies on outsourcing as much non-core expertise as possible. Technology partnerships can play a key role in F1 – and Haas F1 uses trusted providers to help the team achieve its aims.

"If money was no object, I'd use the cash to both seek out new technology and then to use it to ultimately create benefits for the team," he says. "If we can directly improve the performance or reliability of the race car, then it's a job well done."

Craig Donald, CIO at the Football Association (FA), says he'd direct a big cash injection towards IT projects that help support engagement. His aim would be to focus on technology initiatives that help to engage people across all areas of football in England.

"We have an OK reputation for IT across the county network in the FA, but it's not the best. I'd like to be able to see that reputation being improved because they recognise that we understand what their problems are and that we are providing systems for them," he says.

One of Donald's key projects right now is Platform for Football, which involves replacing core administration systems with a new grassroots technology application in England. The FA is also investing in a platform called the Whole Game System, a web-based application that helps manage the day-to-day running of a league.

"I would definitely hope the people at grassroots level are saying that the work we've completed is making a difference to football in England," he says. "I wouldn't be naïve enough to believe that we'll have fixed everything for them – we're on three-to-five year journey to make IT they want it to be. And I'd really like it if in two years from now that they acknowledge that we're really making a difference."