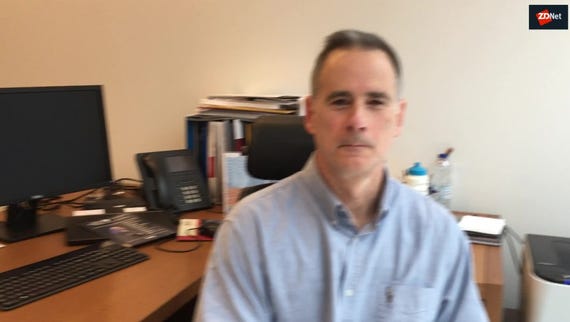 CIO evolution: How the skills needed by the IT chief are changing
Watch Now

It's been a good decade for the CIO. Ten years ago, experts suggested consumerisation and the rise of shadow IT would lead to their demise, yet today, the role of the IT chief is crucial, as organisations try to manage emerging technologies, disruptive business models and fast-changing customer demands. But what will the next decade bring for CIOs? Five experts suggest five characteristics that will define the successful digital leader of the future.

"It's an incredible time to be involved in leading technology," says Ian Cohen, CIO at transport company Addison Lee. "If you're a geek, then there's never been a better time to be a geek."

In the past, Cohen says techies were told to learn the language of the business and their strengths were undervalued. Today, there's an emerging class of business-savvy, commercially astute technologists who are as comfortable with a balance sheet as they are with a development framework. It's a huge opportunity for IT professionals -- yet the commercial focus won't be right for everyone, says Cohen.

"Some CIOs will be challenged, simply because of the route that they took to the IT leadership position," he says, referring to the operational focus of traditional technology chiefs. "They'll work out whether they can be bothered to change or whether there's enough shelf life in what they're doing now to carry on."

In time, some CIOs will gravitate towards chief operating positions; other CIOs, who are CTO-like and who have focused on the application of technology during their route to the top, will major on client experience.

"These leaders are often more focused on customers and products, and they'll probably end up like chief product and technology officers," says Cohen.

2. General manager for the business

Alex von Schirmeister, chief digital, technology and innovation officer at retail specialist RS Components, draws a clear distention between what he calls a commercially-focused CIO and a systems-focused IT leader. Like Cohen, he believes only the commercially focused CIOs will thrive in the future.

"It's no longer a question of drawing up an architectural map with big, rigid blocks and drawing lines about how people talk to one another. CIOs during the next five to ten years are going to operate in a much more fluid environment, where you have the capability to rebuild anything in your environment rapidly to meet new customer requirements," says von Schirmeister.

He thinks CIOs are increasingly becoming general managers. And as general managers, the number one skill for CIOs will be identifying the right talent for the technology team, whether that's in house or far from home.

"A global outlook is critical," says von Schirmeister. "You can't operate in the IT leadership space today without having an eye on China, the development of mobile in South Korea and Japan, or by looking at the innovation coming out of Silicon Valley or Israel. Innovation is coming from everywhere. A nationally focused CIO will struggle in that environment."

3. Right-hand executive to the CEO

Anil Cheriyan, chairman of IT leadership group the TBM Council  and ex-CIO of finance firm SunTrust, says the CIO of the future will be much more business-focused.

"Once you speak with leaders in the lines of business, you find they're all talking about being agile, speed to market and they're all becoming tech-savvy. The CIO team is also doing the same -- they're growing their skills base. They're also working beyond the enterprise firewall, using multiple providers," he says.

Cheriyan says the CIO of the future is best-viewed as an orchestrator who understands the interests and capabilities of internal business and external technology partners. "You need someone that's going to bring all these elements together -- and the CIO who fulfils this role becomes the right-hand to the CEO," he says.

CIOs who assume this position, says Cheriyan, can help ensure current key concerns -- like shadow IT and the unauthorised purchase of software-as-a-service -- become a thing of the past. "The CIO must act like a sherpa and understand the business and its direction of journey," he says. "The CIO must set up base camp and be ahead of the rest."

4. Self-aware leader who encourages others

Peter Ironside, director of CIO Advisory at consultant KPMG, says CIOs need to adapt to be successful. He says those who don't want to adapt need to find a role in an organisation where they can act like a traditional IT director and focus on simply keeping the lights on.

"CIOs must become more business-savvy," says Ironside. "A CEO won't hire a CIO in the future who doesn't ask pertinent questions around how the company makes money and how the IT chief contributes to that process."

Ironside says becoming a true business leader means breaking down silos -- and that role will be tough for CIOs who can't paint a vision of where they want to take the business. Digital leaders must be able to articulate that vision in a non-threatening way and bring the business with them, so other executives are keen to take the journey.

"Those are the skills that will define the future IT leader," he says. "Those skills are different to those held by the traditional IT director. It's about being self-aware and having a core set of skills around leadership, people management and change control."

Interim CIO Neil Pearce says the most important thing for IT leaders to do over the next five years is to think more like a CEO. "If they don't, then they probably are dinosaurs and will soon be replaced," he says.

Pearce also refers to two key other key characteristics for future CIOs. First, they will need to become teachers to help their executive colleagues and the board understand the various technologies coming at the business hard and fast.

"They need to be able to cut through the hype and help the organisation understand where they can be used to create efficiency and new sources of revenue," says Pearce. "They need to help the business recognise that learning about and experimenting with new technologies is part of the job in today's 21st century organisation."

Pearce says future CIOs will also need to be able to recruit the right people to their teams and lead them as they help develop new products. "There's an opportunity for the savvy CIO to understand the social, political and economic impacts of emerging technology, so they can play a guiding role in their organisations beyond the confines of IT."

Want a CIO role? Here are the top skills you need and how to get there (TechRepublic)

At the 2018 VMworld conference, VMware's Bask Iyer and executive recruiter Tarun Inuganti discussed what CEOs today are looking for in CIO prospects.

Girls Who Code encourages STEM, one coding class at a time (CNET)

The nonprofit's Summer Immersion Program aims to catch girls before their interest in computer science plummets.