Systems integrators are slashing what they charge Whitehall departments in an effort to stop them from switching to cloud services, the UK government's cloud chief said on Wednesday.

UK central government is attempting to drive down the estimated £16bn it spends on IT each year by replacing bespoke IT systems with commodity cloud services. This year, it's expected to implement a policy that will make public cloud services the default choice for new government IT projects . 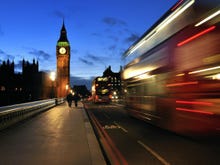 Government particularly wants to free itself from the stranglehold of a small number of systems integrators that traditionally carried out about 80 percent of government IT work; the market dominance of these SIs was attacked in a 2011 parliamentary report into government IT failings, A Recipe For Rip-Offs: Time For A New Approach.

Departments are being encouraged to buy cloud services the government-run CloudStore  — an online catalogue of more than 3,000 SaaS, PaaS and IaaS and specialist cloud services available to public sector bodies — which are sourced by Whitehall through its G-Cloud procurement framework.

However suppliers, when faced with losing business to G-Cloud services, are matching the prices of such offerings in order to hold onto government departments as customers.

"I find people going to their current suppliers and saying 'I can get this from the G-Cloud for this amount of money' and the incumbent supplier says 'We will do it for the same amount'," said director of the G-Cloud Programme Denise McDonagh at a roundtable organised by Salesforce.com yesterday.

"That makes me furious for two reasons. One, you should be moving to a different way of buying and reducing your dependency on the big SIs. But it makes me more furious that an SI can either deliver that service a lot cheaper than they previously said or they are taking a loss.

"It's very bad behaviour. One of the conversations we're having with suppliers is that they have to behave as well."

A total of £7.4m has been spent on G-Cloud services to date  — a fraction of overall government IT spend — although McDonagh said there is far more spending in the pipeline.

Spending on G-Cloud services by central government is being blocked by departments being tied into multi-year contracts with large systems integrators, McDonagh said. A sizeable number of these contracts will expire in 2014/15, according to McDonagh, freeing up more departments to buy through the G-Cloud.

Another aspect that could be holding back cloud adoption is data transparency. Vivek Kundra, former US government CIO and EVP for emerging markets at Salesforce.com, said what drove uptake of cloud services in the administration was creating an IT dashboard that displayed a photo of each government CIO next to a list of IT projects they were responsible for, and how many were on schedule and on budget.

The visibility into where money was being used effectively led to one agency halting 45 projects he said, adding "officials should be held accountable".

UK government, however, still appears to be unclear on some of the metrics it is measuring G-Cloud's success against.

One of the priorities in the Cabinet Office's strategic business plan is to "improve the quality of data underpinning operational decisions across government".