The Italian startup ecosystem finally seems to be building some momentum. Last month, Cisco Investments, the US behemoth's corporate venture capital arm, announced it is putting €5m into Invitalia Ventures, one of the main innovation-related funds in Italy.

The move came as part of a broader strategic plan, which involves the multinational investing €100m over the next three years to boost the digital economy in the country.

It also follows shortly after Apple's unveiling of a new training center for app developers in Naples, which government innovation consultants have been quick to portray as a sign that Italy has made it onto the radar of international investors. 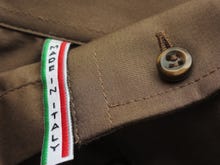 Certainly, these announcements have brought a breath of fresh air for a tech startup ecosystem that is struggling to take off and which still lags behind its European counterparts.

Italy's problems do not stem from a shortage of innovative entrepreneurs: startups are springing up like mushrooms in Italy, but all too often they don't have the financial resources to scale.

Last year, Italian startups reportedly raised a little less than €100m in venture capital. In Spain, a nation often seen as a suitable benchmark for Italy, with a similar economic and financial structure, investments were almost six times higher.

"The problem is the number of investors in Italy is too small, compared with the size of the country. I've tried hard to understand why, but I've almost given up," Gianluca Dettori, chairman of Dpixel, an early-stage venture-capital investment fund, and also an adviser to the Startup Europe initiative of the European Commission, tells ZDNet.

"As AIFI [the Italian Association of Private Equity and Venture Capital], we even commissioned research, a couple of years ago, asking several shareholders why they were refraining from investing in startups. The reasons were so varied, it wasn't possible to narrow them down to a specific issue," he says.

What's lacking, according to Dettori, is not the availability of capital. There are at least 800 investors, from pension funds to other private investors, which could inject hundreds of millions in venture capital into the ecosystem, but prefer to put their money elsewhere.

However, there are signs that something is changing. Until recently, the main, and almost only relevant player in this field, was the Fondo Italiano d'Investimento, a "fund of funds" launched in 2011 by the Cassa Depositi a Prestiti, controlled by the Italian treasury, and some major Italian banks. 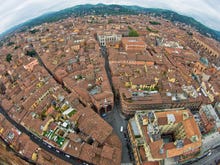 The Fondo started to invest in venture capital a year ago, with an initial availability of €50m and a target of raising €150m.

In January last year, Fondazione Enpam, the Italian pension scheme for doctors and dentists, allocated €150m in a fund for life-sciences and biotech startups. Nine months later, in September 2015, Invitalia Ventures, owned by the Italian Ministry of Economy, launched another €50m venture-capital fund.

Still, there exists an enormous surplus of unused resources that could help Italy's startups to finally make a quantum leap.

"In our country, the 20 richest families own €100bn in financial resources. Just allocating one or two percent in venture capital would mean unfreezing the one or two billions that are needed for growth," Marco Bicocchi Pichi, president of Italian Startup, the country's largest industry association, tells ZDNet.

For now, attracting foreign capital could be a good strategy to pursue. After all, the Spanish boom was largely fueled by foreign investments, which accounted for €395m of the €586m raised by startups in 2015.

And, while Italian investors are probably too cautious or simply unaware of the possibilities to be early adopters, once they see examples from overseas, they might at last find the courage to play the venture-capital game.