Japan and the US are coming together to figure out a way to manage drone airspace.
Written by Charlie Osborne, Contributing Writer on March 15, 2017

​'Get the drone to drop the parcel off at my boat': Amazon details ambitious delivery plans

The country has a long history with unmanned aerial vehicles (UAVs) and has used the devices for land surveys, farming, security, construction, and even town mascots.

Now, thanks to a new joint venture between ecommerce firm Rakuten and US-based drone airspace management platform provider AirMap, drones may become a common sight in the skies.

Announced on Wednesday, the companies said the JV aims to "open the skies for Japan's growing drone ecosystem."

No financial details have been disclosed. However, under the terms of the agreement, Rakuten will hold a 51-percent stake, while AirMap owns 49 percent of the new firm.

The joint venture, dubbed Rakuten AirMap, Inc., will create Unmanned Traffic Management (UTM) solutions for drone operators and airspace managers in Japan who are looking for ways to manage traffic flows in the air -- an important consideration for companies considering the use of UAVs in frequent delivery services.

If traffic can be managed properly, drones in their droves can operate in the same airspace with a reduced risk of collision.

"As millions of drones take flight, they will need to access and exchange safety-critical information with others in the airspace," the companies said. "Technology to manage drone traffic in low-altitude airspace -- like Rakuten AirMap's -- will be critical to enable safe and efficient operations of drones."

The AirMap platform will provide situational awareness to airspace managers, as well as allow operators to "fly safely and stay informed during their flight," according to the companies. Through the platform, operators and managers can view drone flight notices in real-time, automate permission grants for flights, and communicate with each other directly.

Rakuten has already begun to explore the commercial drone space, with the launch of the Sora Raku Rakuten Drone delivery service in April 2016.

The first drone to be unveiled, nicknamed Tenku, was designed to deliver emergency goods to remote or dangerous areas in times of natural disaster, including earthquakes.

According to PWC, the global commercial drone industry will be worth up to $127.3 billion in coming years.

"Drone technologies have the potential to revolutionize industries, and the growing number of drone-based commercial services is a testament to this," said Takashi Toraishi, president of the New Services Development Company of Rakuten, Inc., and who is responsible for the Sora Raku Rakuten Drone service.

"We are very happy to be partnering with AirMap, the leader in airspace management services, as we make our first step into UTM services in Japan and work to create a safe and viable future for the drone ecosystem in the country," Toraishi added. 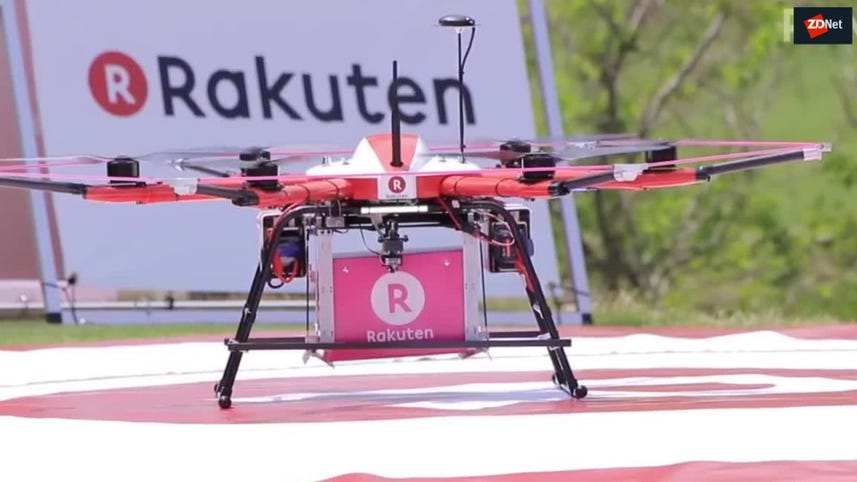