Full Bio
Posted in Between the Lines on February 21, 2017 | Topic: Innovation

In perhaps the first case of a robot being picked, the town of Oji in Nara, Japan, has picked a flying puppy as the area's official mascot.

The mechanical dog, named Yukimaru Skywalker, has made his flying debut in a promotional video as he floats past attractions including the Yamato River, Mount Myolin, Mount Akishi, the Eternal Bell, and Daruma Temple.

The pup is powered by a quadcopter and while in motion, moves its paws to look like it is walking in the air.

In one video, Yukimaru passes the spot where the drone's namesake, a white dog called Yukimaru, is buried. The dog belonged to ruler Prince Shotoku (574-622), a member of the imperial clan who created Japan's first constitution for political affairs. The original Yukimaru was said to be the politician's beloved pet.

According to legend, Prince Shotoku assisted a beggar he found by the roadside by offering him food and drink.

However, the beggar -- who was secretly Buddhist monk Bodhidharma in disguise -- "died," and Shotuku chose to honor him by burying him in a tomb. A few days later, the body had vanished.

The legend is linked to the creation of the Dali Temple.

According to the town's Facebook page, an anthropomorphic version of Yukimaru is also in frequent attendance at public events:

Every animal from a bottlenose dolphin to a sheep and cat have appeared on town and city mascot lists, but a drone is an unusual contribution. However, considering the pup's namesake and history of the town, perhaps you couldn't find a more fitting promotor for the town. 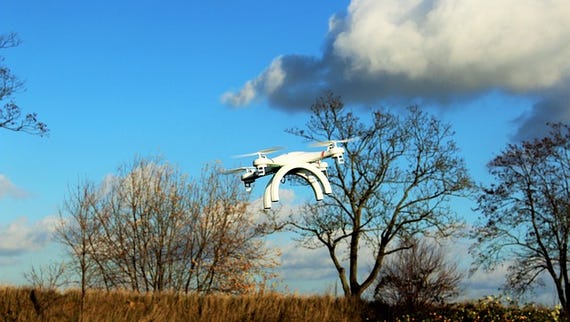