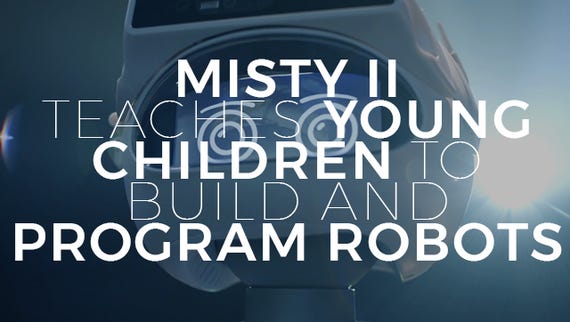 Japan's Ministry of Education is reportedly planning to place English-speaking robots in schools around the country to help children improve their English oral communication skills.

According to a report from Japan's national broadcaster NHK, the ministry will launch the initiative in April in about 500 schools nationwide as part of a trial. It will also make study apps and "online conversation sessions" with native English speakers available to students, the report said.

Japan is under pressure to improve the English language skills of elementary school teachers, NHK added, but lacks funding to hire English native speakers in every school, with the rollout of English-speaking robots to provide a cheaper or easier option.

NHK added that Japanese students are "generally not good" at speaking or writing in English, and curriculum guidelines that are due to be implemented in two years will focus on nurturing such skills. It didn't specify whether this would be by the way of human teachers or a more long-term investment in robotics for schools.

Japan claimed the world's first robot teacher back in 2009; called Saya, the robot was tested in a classroom of fifth and sixth graders in Tokyo, the Guardian reported at the time.

Institutions in Singapore and London are among those to have Japanese giant SoftBank's NAO and Pepper robots offer learning support.

Norway-based No Isolation has deployed its AV1 robot to Scandinavian schools to help kids with long-term illnesses stay in touch with friends and the classroom.

The robot is remotely controlled by the child via an app on a mobile phone or tablet. It's also equipped with a Wi-Fi wireless network and 2G/3G/4G mobile networks, and runs on batteries so it can join classmates in schoolyards.

While in Poland, Photon Entertainment is the developer of a small wheeled robot that teaches young children to code.

Analysts predict the educational robotics market will be worth $1.7 billion by 2023.

The space agency has been crowdsourcing ideas for a floating robot cube that will soon board the International Space Station.

When AI becomes conscious: Talking with Bina48, an African-American robot

Why are artificial intelligence systems being presented in humanoid forms? Will we trust them more?

Google's next big step for AI: Getting robots to teach each other new skills

Robots haven't reached human intelligence yet, but Google's researchers are showing how they're closing the gap using downloadable intelligence.

Technology in schools is controversial and understudied, but undeniably lucrative

The US ranks 31st in math and 24th in science globally. Here are five education botsthat are making their way into classrooms and homes

The Project Counter is using interactive gingerbread cookies in an effort to inspire young Australians to take an interest in STEM subjects.