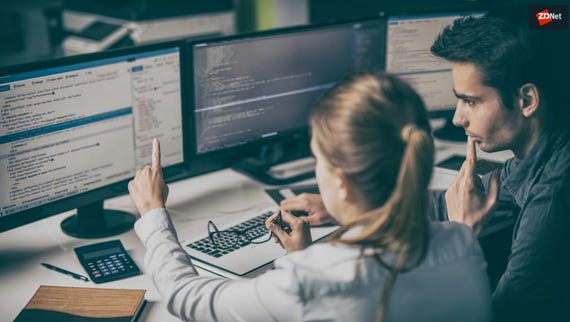 RedMonk's rankings are based on pull requests in GitHub, as well as an approximate count of how many times a language is tagged on developer knowledge-sharing site Stack Overflow.

Based on these figures, RedMonk analyst Stephen O'Grady reckons JavaScript is the most popular language today as it was last year.

In fact, nothing has changed in RedMonk's top 10 list with the exception of Apple's Swift rising to join its predecessor, Objective C, in 10th place.

The top 10 programming languages in descending order are JavaScript, Java, Python, C#, C++, CSS, Ruby, and C, with Swift and Objective-C in tenth.

TIOBE's top programming language index for March consists of many of the same top 10 languages though in a different order, with Java in top spot, followed by C, C++, Python, C#, Visual Basic .NET, PHP, JavaScript, Ruby, and SQL.

These and other popularity rankings are meant to help developers see which skills they should be developing.

Outside the RedMonk top 10, O'Grady highlights a few notable changes, including an apparent flattening-out in the rapid ascent of Google's back-end system language, Go.

"After holding steady at 15 for two quarters, Go has watched Swift leapfrog it and, for the first time in our rankings, actually fell off a spot down to #16," he writes.

O'Grady doesn't think Go has the versatility of, say, Java to break out of its role as a back-end language.

See also: How to sunset your software offerings without alienating your customer base

Java-compatible Kotlin has received a boost from Android developers. Google last year ushered it in as an official language of Android with full support in the Android Studio integrated development environment. Android apps built with Kotlin include Slack, Netflix, and Square.

Over the past year, Kotlin has risen from 65th most popular language to 27th in January, making it the second-fastest growing language after Swift, according to RedMonk.

Microsoft scripting languages PowerShell and TypeScript have also climbed the ranks, though neither is in the top 10.

O'Grady reckons Microsoft more than any other vendor performed the best in terms of growth and because it is striking a chord with developers across operations, analytics and data science, and application development.

TypeScript rose from 17th to 14th place, while PowerShell climbed one place to 17. Statistical computing language R, integrated into Microsoft Visual Studio 2017, jumped two spots to 12th, according to RedMonk.

Open source is the industry model for practical software development, according to Indeed. Here are the most in-demand skills in the field.