The smartphone, dubbed Stage 5G, will have the Korean chat giant's various services and apps pre-installed.
Written by Cho Mu-Hyun, Contributor on Nov. 3, 2019 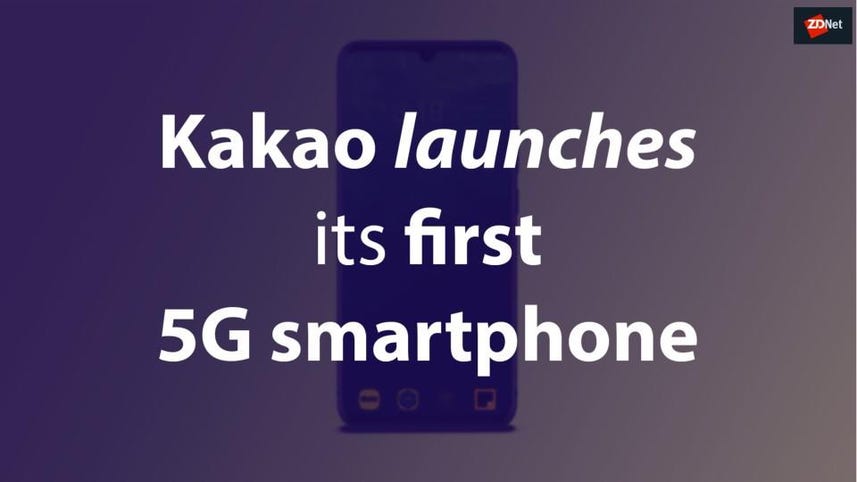 It was developed by Stage Five, a 5G service affiliate of Kakao, and local smart device maker Infomark.

The smartphone, called Stage 5G, is powered by the Qualcomm Snapdragon 855 5G and has a triple rear camera, a 6.47-inch FHD Plus Display, 6GB of RAM, 128GB of internal memory, as well as wireless charging.

The smartphone also has facial recognition and fingerprint reader capabilities for security.

According to Stage Five, the 5G-enabled device has overall specifications that are "level with that of flagship phones by other manufacturers" and is also considerably cheaper than competing 5G models due to being priced at 814,000 won ($700).

The main selling point of the smartphone for most customers though will be that it is specifically designed to use Kakao's services, Stage Five said. The phone will have the Kakao Pay, Kakao T, Kakao Navi, and Kakao Page apps pre-installed, which are all flagship services of the chat giant.

There will also be shortcuts available for these services on the locked screen.

Samsung was the first to launch a 5G smartphone with the Galaxy S10 in April, with LG unveiling its V50 ThinQ 5G shortly after.

The 5G networks already deployed in South Korea are currently all non-standalone -- they use both LTE and 5G networks. But 5G standalone networks, which use solely 5G networks, are expected to be rolled out in the country sometime next month.

KakaoTalk will allow users to delete sent messages, making them disappear from both the sender and receiver's chat box, in its next update.