KakaoTalk will allow users to delete sent messages, making them disappear from both the sender and receiver's chat box, in its next update.
Written by Cho Mu-Hyun, Contributor on Sept. 4, 2018 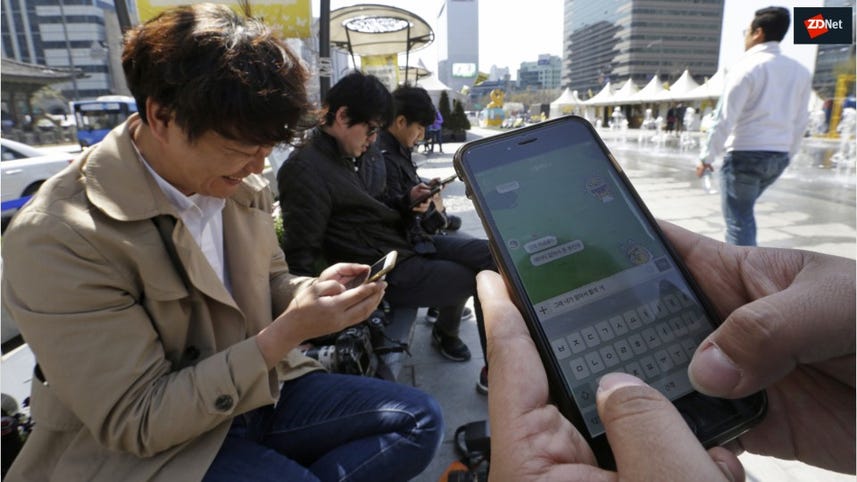 KakaoTalk users will soon be able to delete sent messages, making them disappear from both the sender and receiver's side on the chat interface.

Kakao, which runs South Korea's most populous chat app, said the feature will be added in its next version 8.0 update. Users will be able to delete their sent messages as long as the receiver has not read it.

Similar features are available already in Telegram and Line, the latter of which launched its delete message feature in December last year. Line said at the time that 83 percent of its users in Japan had experienced difficulty due to a wrongly-sent message.

Currently, KakaoTalk users can delete their messages but they only disappear on the side of the sender and not the receiver.

The chat app boasts over 30 million users in South Korea, which has a population of around 50 million. It also has a diverse portfolio that includes AI speakers and blockchain to leverage its chat dominance.

Kakao merged with its own music subsidiary in May to expand its content business globally.

It is preparing to launch an AI open builder to allow third parties to develop services for its platforms.

Those who own AI speaker Kakao Mini can now make mVoIP calls to friends in chat app KakaoTalk.

Kakao to unveil blockchain platform within the year

Google's Android Messages for web is here: This is how it lets you text from PCs, Macs

The new Messages app enables texting from the desktop and brings Smart Reply from the Allo app.

A decade of apparent indifference for data privacy at Facebook has culminated in revelations that organizations harvested user data for targeted advertising.

Open Source
This battery safety feature can break your Apple AirTags. Here's how to fix it