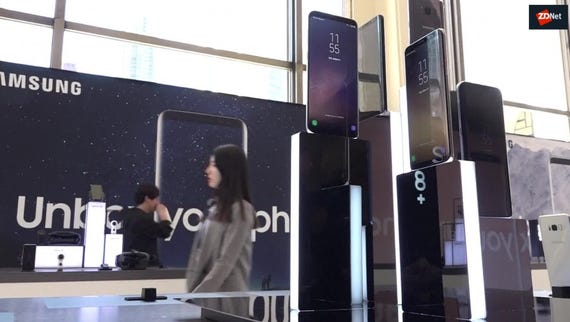 Kodak's Android-powered smartphone is now available in the US for $399.

The device was first announced in October, with availability throughout Europe.

For the US launch, Kodak has lowered the price to $399 for the unlocked smartphone that will work on GSM networks such as AT&T and T-Mobile.

Kodak's smartphone was built in partnership with Bullitt Group, a company that specializes in designing and manufacturing devices for companies such as Kodak and Caterpillar.

ZDNet recently spoke with Charlie Henderson, chief brand officer for Bullitt Group about the Kodak Ektra coming to the US.

According to Henderson, the Ektra originated from Kodak's desire to continue the company's tradition of releasing products that are easy to use, along with the shared passion for creativity between Kodak and Bullitt Group.

The Ektra is a smartphone at its core, but when you first look at it, particularly the back of the phone, it'd be easy to mistake it for a point and shoot style camera. It was designed that way on purpose, according to Henderson.

A large, circular lens is prominent with a leather-like material covering the back. A bump along the bottom of the phone doubles as a grip and a spot for the shutter button.

Specification wise, US users can expect the same device that was released back in October.

However, a global software update is rolling out alongside the US launch of the Ektra. The update is said to improve overall performance and brings RAW photo support in addition to a long list of camera enhancements to the phone.

ZDNet is awaiting a review unit and will have more thoughts on the overall performance and camera shortly. Until then, you can take a look at some sample photos captured with the Ektra here.

For those who are interested in ordering the Ektra, you can do so at B&H Photo, Best Buy, Amazon, and Kodakphones.com.