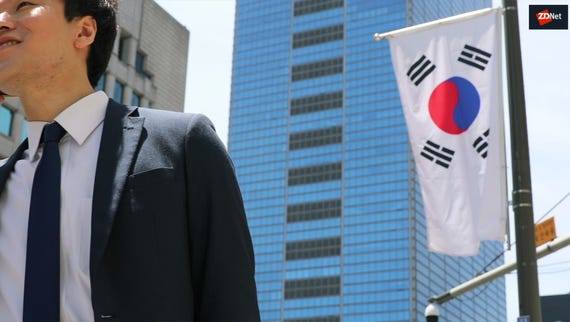 KT has applied blockchain to its commercial network, the telco has announced.

The telco built nodes combined with blockchain on its ultra-fast national network that guarantees both processing speed and trust.

KT's blockchain currently has a transactions per second (tps) rate of 2,500, but the company will reach 10,000tps by the end of the year and 100,000tps by 2019, said Seo Yeong-il, the head of KT's Blockchain Center, at a press conference in Seoul.

KT said it developed its own engine that can process multiple blocks simultaneously in tandem. It will use its existing servers that have high-performance hardware, company officials said at the conference.

The company has also applied blockchain for authentication in internet access. Instead of exposing a customer's IP address, KT will have an ID layer for each address based on blockchain to protect user identities. IPs will be protected at the network level to help prevent massive hacks.

The telco will also launch a blockchain platform for use in the energy market. Cryptocurrencies will be used in provinces by local governments and citizens for tax returns and other municipal payments.

KT said it is also sharing its blockchain technology with its KT Blockchain Eco Alliance, an alliance of partnered firms working in other technology areas, to expand into areas such as AI, security, and smart cars, among others. The telco will open a blockchain trial centre in Seoul to collaborate with its partners on new projects, it added.

The South Korean telecom giant unveiled innovative services this year ahead of the rollout of 5G. Last week, it launched its AI voice service with English language support for use in hotels.

In June, it unveiled an airship drone that will assist emergency crews in disasters.

South Korea will prioritise transparency in cryptocurrency trading by preventing illegal and unfair activities, the Blue House said in response to a petition asking for less regulation in the emerging industry.

The 6 best blockchain jobs of the future (TechRepublic)

Join Discussion for: KT first to apply blockchain to commercial...