LastPass is in the midst of a major outage

LastPass issue appears to impact users with accounts dating back to 2014 and earlier.
Written by Catalin Cimpanu, Contributor on Jan. 19, 2020 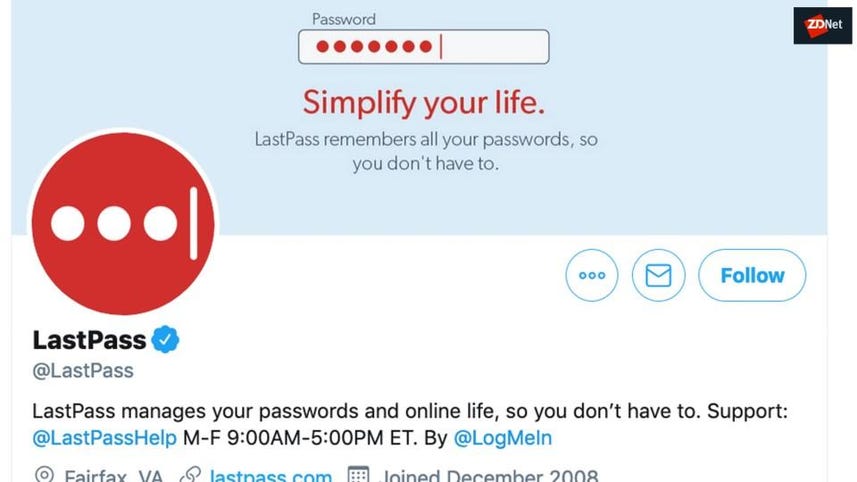 Password management service LastPass is currently going through a major outage as users are reporting being unable to log into their accounts and autofill passwords, with some users reporting issues going back for days.

User reports about login issues have been flooding Twitter, but also the company's forum, Reddit, and DownDetector. Users are reporting receiving the following error when trying to log in: "An error has occurred while contacting the LastPass server. Please try again later." Both home and enterprise users are impacted.

According to reports, LastPass' support staff has been either non-responsive, or denying reports of any technical issue happening at all. Despite issues being reported as far back as three days, the company has not updated its status page to reflect the incident, nor do they provided any type of explanation or useful help to their userbase.

"The fact that LastPass is denying on twitter that there is any outage when multiple people are reporting auth server issues and are locked out with no support response means that I have to walk," said one user on Reddit. "The worst part is not the outtage itself but their (lack of ) response. You gotta be able to trust your password manager and now I can't."

According to multiple user on Twitter [1, 2, 3, 4], the problems appear to impact only users with LastPass accounts dating to 2014, or prior.

On DownDetector, a company spokesperson said the company was still investigating the incident, stating that there are no glaring issues with its servers -- which suggests the roots of this outage might be in a software component.

"We are aware of and actively investigating reports from some LastPass customers who are experiencing issues and receiving errors when attempting to log in. At this time no service issues have been identified."

Contacted by ZDNet, the company described the outage as "an isolated issue with limited impact" and said that "engineers are working to resolve the issue."