Full Bio
Posted in Between the Lines on August 18, 2017 | Topic: Data Centers 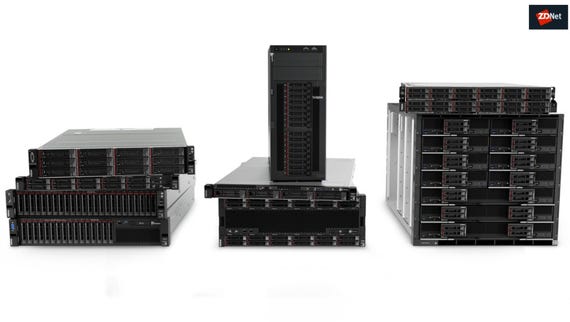 Lenovo's revamp of its data center product line and sales and marketing efforts appear to be gaining traction even as the company's grip on the PC market slips and mobile reports operating losses.

In the company's first quarter earnings results, Lenovo said its data center unit showed revenue growth of 11 percent in Western Europe and 8 percent in North America. Lenovo's data center business had been shrinking in recent quarters, but the company said it has turned the corner.

Nevertheless, the data center group had an operating loss of $114 million in the first quarter on revenue of $971 million, down from $1.09 billion a year ago.

Lenovo moved to give its servers, storage and networking efforts an overhaul with its ThinkSystem and ThinkAgile brands. The company launched a bevy of systems with the aim of taking share in the data center.

According to the company, the data center group is expected to see traction in other regions such as China as its sales and product efforts pay off globally. Here's a look at Lenovo's growth areas:

Any gains in the data center group would be good for Lenovo as the PC and mobile markets haven't been kind to the company. Overall, Lenovo reported a net loss of $72 million in the first quarter on revenue of $10 billion, flat from a year ago. Component costs were a big underlying issue.

Lenovo's mobile unit had an operating loss of $129 million in the first quarter on revenue of $1.75 billion. Those results did show improvement from the fourth quarter and year ago quarter. PC and smart device revenue was $7 billion, flat with a year ago, with operating income of $291 million. Component costs hit margins in the first quarter.

Add it up Lenovo is still dependent on the PC business for profits until its other investments pay off.

CEO Yang Yuanqing said Lenovo made solid progress in the first quarter as it rolled out its device, cloud and infrastructure strategy with the aim of infusing artificial intelligence throughout its stack. Lenovo's plan is to maintain in the PC business and grow with data center while ultimately growing the mobile unit. On a conference call, he said:

In PC business, in order to preserve profitability, we dropped some low-margin deals, such as Chromebook deal, which helped improve our average selling price by 7% year-on-year. Our total revenue year-on-year was stable. Despite the increase in component cost, we maintained industry-leading profit margin of 4.2%. This defensive battle of PC business has not been easy.

By the numbers for the first quarter: