The company's latest G-series smartphone, which may remain so for a while, is heading to the right destination. However, the path it's taking is a familiar one in sticking close to Google.
Written by Ross Rubin, Contributing Writer on May 9, 2018 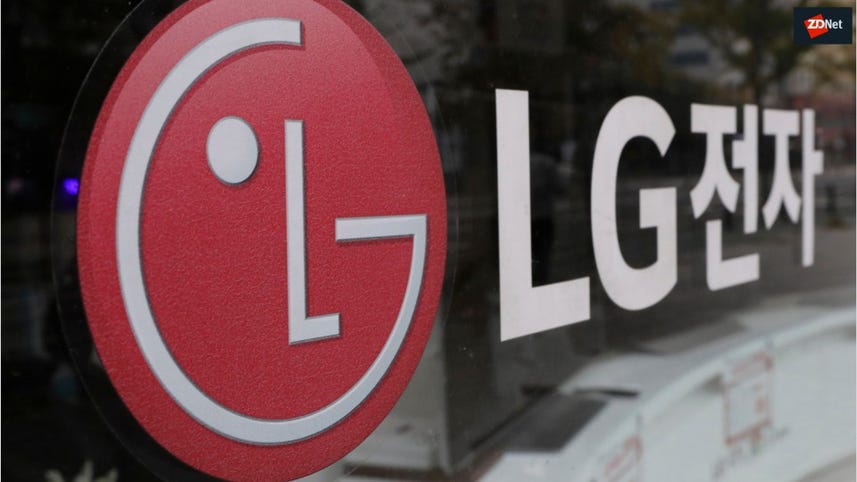 Video: LG Electronics is reviewing everything in its smartphone business

As it introduced the seventh generation of its venerable G smartphone series last week, LG found itself in an interesting feature-marketing shuffle.

Seeking to retreat from the traditional feature war, the company extended the oddly pronounced "ThinQ" subbrand from its CES announcements to its mobile efforts. In doing so, it referred to the improvements it made in such areas as screen brightness and camera capture image quality -- features that would have led previous discussions -- to a relatively brief segment of a concise product introduction.

Read also: ZDNet is giving away a LG V30+ unlocked smartphone to one lucky winner

However, in terms of how the LG G7 ThinQ uses AI, there's not much that hasn't been introduced to the market, at least markets outside the U.S. The identification of different objects to identify ideal scene modes for the camera was shown off by Huawei at the launch of its Mate 10 Pro. The most meaningful differentiator LG released -- its integration with Google Assistant via a side-mounted button -- of course brings to mind a similar feature by Samsung that brought forth its Bixby agent.

Samsung has since dramatically scaled back its insistence on the button's functionality. It has essentially allowed owners of its phones to neuter the button. However, unlike Amazon and Microsoft, which are working to make Alexa and Cortana BFFs, Samsung hasn't supported having the button launch a rival agent. Undoubtedly, most Android owners will prefer having the button launch the much more mature Google Assistant than the evolving Bixby, but some percentage of Galaxy S users surely killed the button simply to avoid accidental activation.

Still, all in all, it is a good direction for LG, which got back on the smartphone track by preserving retro features such as microSD cards and removable batteries that Samsung had removed with the Galaxy S4 as the company sought to match Apple's hardware minimalism. (The former that were brought back are still a hallmark of modern Android phones, while the latter have all but vanished from the landscape.)

The question becomes how long LG can use AI as a sustainable advantage. When the company became the first major brand active in the U.S. to debut an 18:9 display, it accurately foretold that competitors would not be far behind. LG's support of Google Assistant continues its longstanding practice of hewing closer to the bundle of technologies Google pushes than its Korean rival. That's a benefit that seemed to lose relevance with Google's Pixel smartphone push.

But LG has other advantages versus Google as a smartphone competitor, such as distribution and product breadth. Indeed, while Google may have kept the launch of Lens to itself, the feature's usefulness has grown significantly since its debut and will be rolled out to LG G7 ThinQ customers. LG also noted that there will be Google Assistant keywords specific to the LG G7, a plus in an age where some agent-bearing assistants are surprisingly ignorant about their host device features. However, with Amazon now allowing people to roll their own Alexa commands, others may soon follow suit.

"AI" implies an intelligence that continues to improve and that leads to what has been the most curious of LG's announcements. The company implies we should look to continuous improvement of the LG G7 ThinQ versus its previous annual successions. One is left to assume that this translates to something beyond the cliché that applies to any product that can accept software updates, but it will be challenging for LG to garner attention for new functionality that does not arrive in sync with the annual upgrade cycle of the market leaders.

https://www.zdnet.com/article/lg-g6s-wide-screen-cant-provide-a-wide-lead/The G6 represents an impressive turnaround from the misguided G5, but is merely the first in a new wave of widescreen phones that are shrinking the bezel.

https://www.cnet.com/news/lg-g7-thinq-will-come-with-dedicated-google-assistant-button/It's the first phone to have a physical button that calls up only Google's digital assistant, and it follows Samsung's own Bixby button on the Galaxy S9.

TVs
How to customize Alexa's responses to Routines